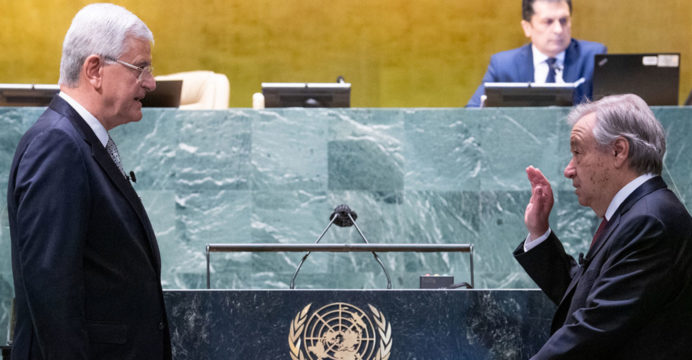 Guterres is serving a second term as UN Secretary-General

UN Secretary-General Antonio Guterres will return to the top post for a second term.
With Friday’s oath, Guterres vowed to use the lessons learned from the ongoing Covid-19 epidemic worldwide.

Guterres will serve a second term as Secretary-General of the United Nations from 2022 to 2026.
Speaking at a news conference after being sworn in at the UN headquarters in New York, Antonio Guterres, 62, said: “Our biggest challenge at the same time is to take advantage of the Corona epidemic to change the world and learn from it.”

Guterres has been the Secretary-General of the United Nations since 2016. Taking on new responsibilities, he also pledged to advance green and sustainable development globally through practical international cooperation in solving global problems.

Guterres also served as Secretary-General of the United Nations High Commissioner for Refugees (UNHCR) for a decade from 2005 to 2015.

“Our important lesson from the many issues we have learned is that we cannot do anything alone,” he told a news conference after the swearing-in ceremony. Our more important lesson is to rebuild the relationship of solidarity and trust.