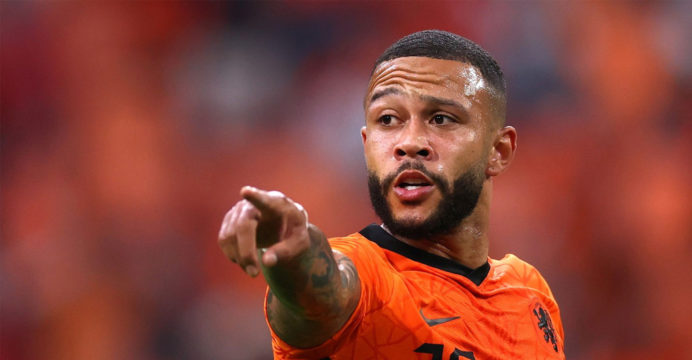 Barcelona has signed Leon striker Memphis Depay with a free transfer. Club sources have confirmed that Depay will join the Catalan camp soon after his contract with Leo expires at the end of this month. He came to Barcelona on a two-year contract.

Barcelona has already signed Dutch forward Depay as the third player in the free transfer facility after signing Sergio Aguero and Eric Garcia from Manchester City.

Barcelona has also confirmed the signing of right-back Emerson from Real Betis for 9 million euro. Barcelona coach Ronald Koeman has long been interested in Depay.

Depay scored from a spot-kick in the Netherlands’ 2-0 win over Austria at Euro 2020 on Thursday. Koman has enjoyed sitting with others on the field in Amsterdam.

Barcelona came close to signing the 26-year-old Dutch forward last season for a 25 million euro deal. But in January, as the deal dwindled, Liu decided to wait a few more days to release their star.
Depp has scored 20 goals in 36 appearances for Lyon last season. He has also scored five goals in the last four matches for the Netherlands.

Aguero as well as DPK will be seen in Barcelona’s attack under Koman. The club, which suffered financially in the Corona epidemic, is working hard to release several of the team’s stars, including Philippe Coutinho, Samuel Umtiti and Miralem Panich.