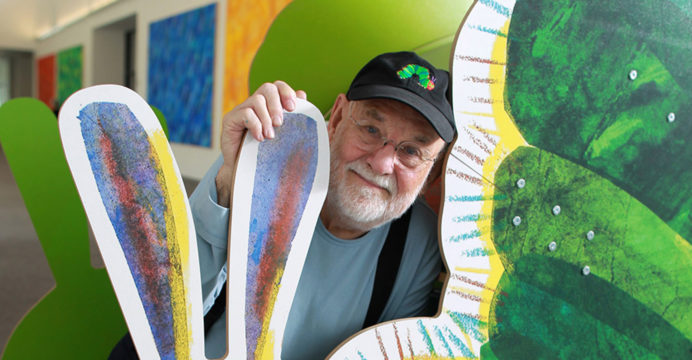 Eric Charlie, author and illustrator of the popular children’s classic “The Very Hungry Caterpillar”, has died at 91. This was stated in a statement on his official Instagram on Wednesday.

The book was first published in 1989. The book describes a caterpillar that eats various foods on different days in the week before the caterpillar finally turns into a butterfly.

It is a masterpiece of art and has many instructive subjects. The 224-word book has been translated into six languages and sold more than 50 million copies.

“Eric Charlie, the author of The Very Hungry Caterpillar and other popular classics, the illustrator with a huge heart, died on May 23 at the age of 91,” the statement said.

He has written and illustrated 60 books for children, including The Grochy Ladybug, The Very BG Spider, and The Very Lonely Firefly.