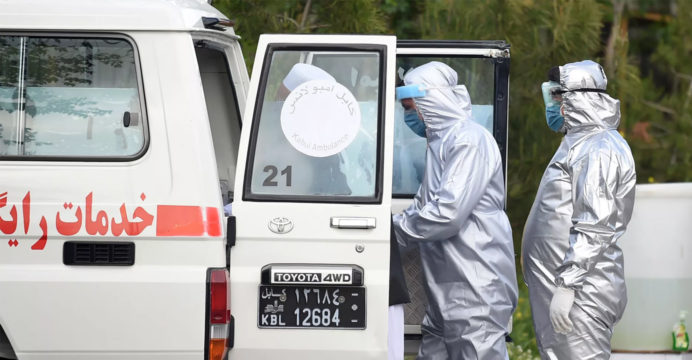 In the last one month, the number of corona cases in Afghanistan has increased by 2400 per cent. The situation in the conflict-ridden country has spiralled out of control. The country’s hospitals are now full of patients, new patients are not finding a place. Medical equipment is running out fast.

The International Federation of Red Cross and Red Crescent Societies (IFRC) said in a statement on Thursday that one-third of the samples tested in Afghanistan last week tested positive.

Nilab Mobarez, acting head of the Afghan Red Crescent Society, said: “Afghanistan is in a serious crisis in its fight against the coronavirus. All the beds in all the hospitals in the country, including the capital Kabul, are now full of corona patients. ‘

The country is under even more pressure due to the alarming rise in corona infections. Because billions of people in the war-torn country live below the poverty line and Afghanistan’s health care system is already fragile.

Another 2,313 people tested positive for coronary heart disease on Thursday, the country’s health authorities said. Another 101 people died. Health officials and experts say the tests are much less. As a result this calculation is much less than the actual number.

Afghanistan’s healthcare system has collapsed in two decades of war. Violence has escalated in the months since all foreign troops, including the US, began the process of withdrawing from Afghanistan by September. Peace talks between the Afghan government and the Taliban have also stalled.