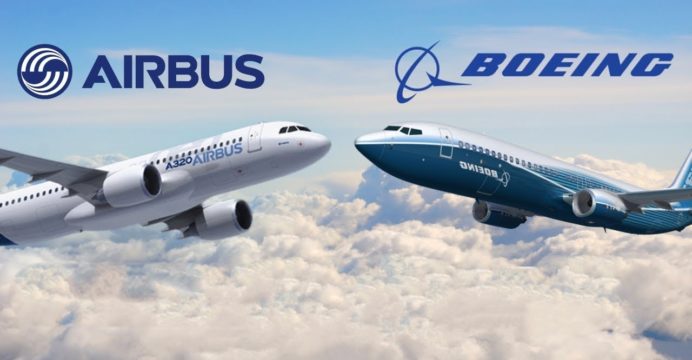 The US and the EU have agreed a truce in a 17-year trade dispute over subsidies for Boeing and Airbus.

Under the agreement, both sides will remove taxes on $11.5bn (£8.2bn) of goods, including wine, cheese and tractors, for five years, reports BBC.

Those tariffs, imposed by both sides as punishment in the escalating dispute, had already been suspended in March while they tried to resolve matters.

In March the US suspended tariffs on UK imports arising from the dispute.

US President Joe Biden had a summit with EU leaders on Tuesday, where he is trying to bolster support for his more assertive stance towards Russia and China, and move away from Trump-era trade rows.

“I think we have great opportunities to work closely with the EU as well as Nato and we feel quite good about it,” President Biden said.

Airbus said it welcomed the truce, adding that the agreement “will provide the basis to create a level-playing field which we have advocated for since the start of this dispute”.

“It will also avoid lose-lose tariffs that are only adding to the many challenges that our industry faces,” the planemaker added.