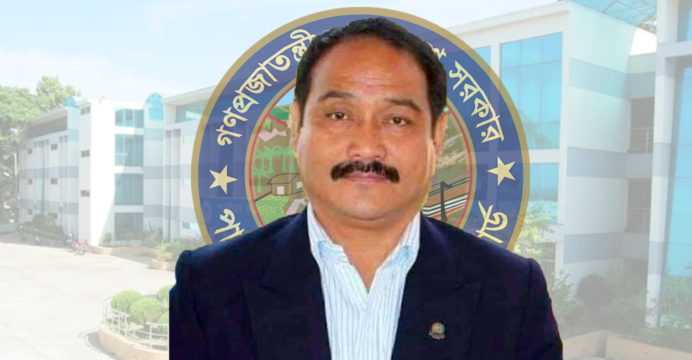 Nikhil Kumar Chakma elected as the new Chairman of the CHTDB

Last Sunday (June 13), Prime Minister Sheikh Hasina agreed to appoint Nikhil Kumar Chakma as Chairman after a summary has been sent to the PM for approval by the Secretary of the Chittagong Hill Tracts Affairs Mosammat Hamida Begum.

Multiple responsible sources have confirmed the matter. Nikhil Kumar Chakma is the former Chairman of the Rangamati Hill District Council, and also he is present co-president of the Awami League of Rangamati district.

The Prime Minister gave her consent following Section 6 (2) of the Chittagong Hill Tracts Development Board Act 2014. The ministry will now publish it in the form of a gazette. For a long time, there were various rumors about becoming the Chairman of the development board. Multiple people’s representatives, politicians, and bureaucrats from the three hill districts lobbied.

Nikhil Kumar Chakma was the first civilian to be appointed as the Chairman of the Board. Previously Member of Parliament, GOC of the Chittagong Region of the Army and Chittagong Divisional Commissioners has appointed as the Chairman. Former Secretary Nab Vikram Kishore Tripura ended his term on March 17, 2021, after serving as Chairman for the last two periods. After that, the post of Chairman of the organization was vacant for the previous three months.