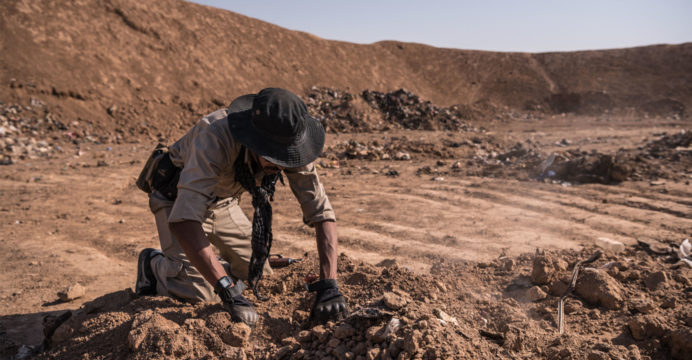 Iraqi authorities have found a mass grave in the Badoush area of ​​the Iraqi city of Mosul. On Sunday (June 13), the remains of 123 people were found there, the Kuwait Times reported.

According to the report, the Iraqi authorities believe that the victims of the atrocities of the militant organization IS have been buried here. Because this area was IS controlled.

From 2014 to 2016, IS used the area as a prison. More than 600 Shia Muslims were detained by militants here. It is believed that they were killed and buried here.

Iraqi authorities say the remains are being taken to the capital, Baghdad, after the mass grave was found. If they are identified, they will be returned to the family for burial according to religious rites.