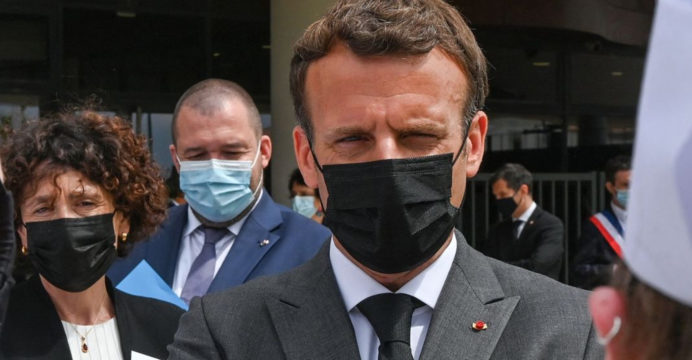 Video goes viral of French president getting slapped in public

A man slaps French President Emmanuel Macron during a visit to southeastern France. The video went viral on the internet.

A video spread on social media shows him walking towards a fence after a trip to Tein-el-Hermitage outside Valencia. Then the French president touched the hand of a man. The man slapped him in the face. Officers later came and took him away.

Two people have been arrested in the incident. When Macron was being slapped, they were also giving the slogan ‘Let Macroism Destroy.’

Politicians have condemned the incident. The country’s far-left leader, Jean-Luc Melancon, said in a tweet that he was expressing solidarity with the president over the slap.

Extreme right-wing leader Lee Penn also condemned the slap. He said the democratic debate could be very bitter, but physical violence would never be tolerated.