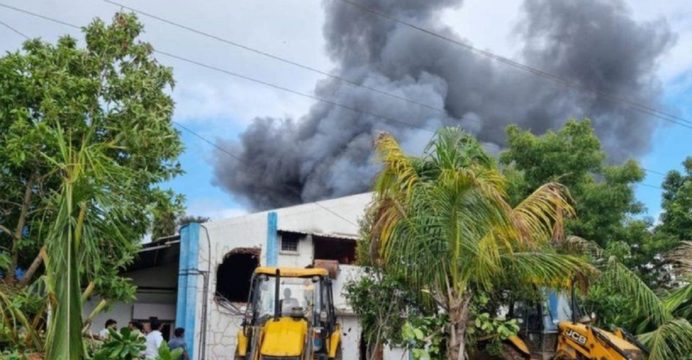 At least 18 people have died in a fire that broke out at a chemical plant on the outskirts of the western Indian city of Pune.

Some 37 workers were trapped inside the building when the blaze started around 15:45 local time (10:15 GMT) on Monday. Fire engines rushed to the spot as smoke billowed from the compound – firemen had to break walls on either side to rescue people, reports BBC.

The cause of the fire has not yet been determined, officials told BBC Marathi.

The factory belonged to SV Aqua Technologies, a company that makes chlorine dioxide products, which is typically used in water treatment.

It was located in what is known as the the Pirangut industrial estate, home to several other factories and plants, some 16km (10 miles) from Pune. Most of the workers live close by.

The government of Maharashtra, where the factory is located, also announced $6,800 as compensation to the victims ‘families.