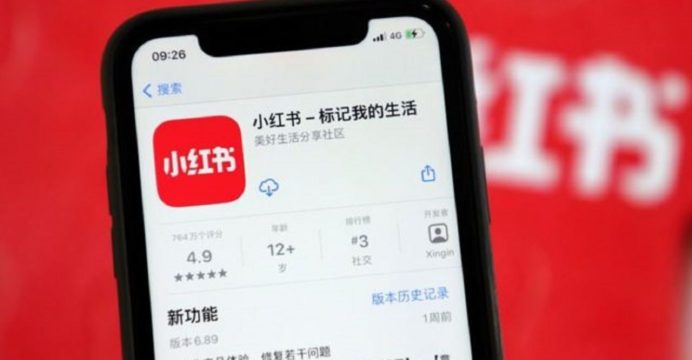 A social media account for popular Chinese e-commerce app Xiaohongshu has been blocked after it issued a post on the anniversary of the 1989 Tiananmen Square crackdown.

It had posted “Tell me loudly: what’s the date today?” on microblogging platform Weibo.

The post to its 14 million followers was swiftly deleted. Its Weibo page has been replaced by a message saying it is being investigated for violations of laws and regulations, reports BBC.

Xiaohongshu has yet to comment publicly on the matter. As of Monday morning, its account on Weibo remained locked, but the app – which has an estimated 300 million users – was still working.

It is unclear whether the post was intended to reference the crackdown. One person familiar with the matter told the Wall Street Journal that the post had not been linked to the anniversary.

Xiaohongshu, backed by Chinese internet giants Alibaba and Tencent, has been described as China’s Instagram with e-commerce and is mostly used by young, urban Chinese women.

It shares the same name in Chinese – Little Red Book – as the famous book of quotations by Mao Zedong, the father of Communist China.

Xiaohongshu regularly poses questions in its social media posts and has made similar posts to mark the weekend.

The anniversary of the Tiananmen Square crackdown is highly sensitive in China, with the ruling party regularly suppressing efforts to mark the day when Chinese troops crushed pro-democracy protests in Beijing on 4 June 1989.

Estimates of the dead vary from a few hundred to several thousand.