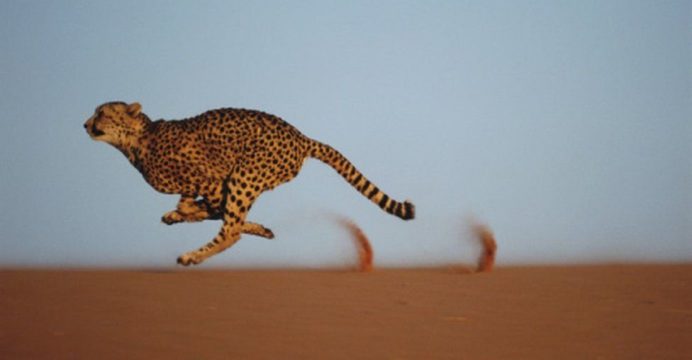 Cheetah is returning to India

If all goes well, eight cheetahs – five males and three females – will make the 8,405km (5,222 miles) journey from South Africa to their new home in a sprawling national park in India in November.

The world’s fastest land animal will make a comeback in India, more than half a century after it became extinct in the country, reports BBC.

“Finally we have the resources and the habitat to reintroduce the cat,” says Yadvendradev Jhala, dean of the Wildlife Institute of India, and one of the experts tasked with the effort. This is the first time in the world, he says, when a large carnivore will be relocated from one continent to another for conservation.

With their black spotted coats and teardrop marks, the cheetah is a sleek animal, racing across grasslands at speeds touching 70 miles (112km) an hour to capture prey. The cat is also a remarkably athletic animal, breaking, ducking and diving as it goes for the kill.

The vast majority of the 7,000 cheetahs in the world are now found in South Africa, Namibia and Botswana. The endangered cat was reportedly last sighted in India in 1967-68, but their numbers had vastly dwindled by 1900.

Three sites – a national park and two wildlife sanctuaries – in the states of Madhya Pradesh and Rajasthan have been identified for reintroducing the cheetah, Dr Jhala said.

The first eight cats will find their home in Kuno national park in Madhya Pradesh, which has ample prey like antelope and wild boars. Wildlife experts are also rooting for a tiger reserve in Rajasthan’s Mukundra hills as a promising habitat.

THE CHEETAH IN INDIA

The first cheetah in the world to be bred in captivity was in India during the rule of the Mughal emperor Jahangir in 16th Century. His father, Akbar, recorded there were 10,000 cheetahs during his time, including 1,000 of them in his court.

The animals were imported for sport in the 20th Century. Research showed that there were at least 230 cheetahs in the wild between 1799 and 1968. It is the only large mammal to become extinct since Independence.

Hunting, diminishing habitat and non-availability of enough prey – black buck, gazelle and hare – led to the extinction of the cat in India. During the British rule, cheetahs were eliminated through bounty hunting because the cats were entering villages and killing livestock.

India has been making efforts to reintroduce the animal since the 1950s. An effort in the 1970s – from Iran which had around 300 cheetahs at that time – flopped after the Shah of Iran was deposed and the negotiations stopped.