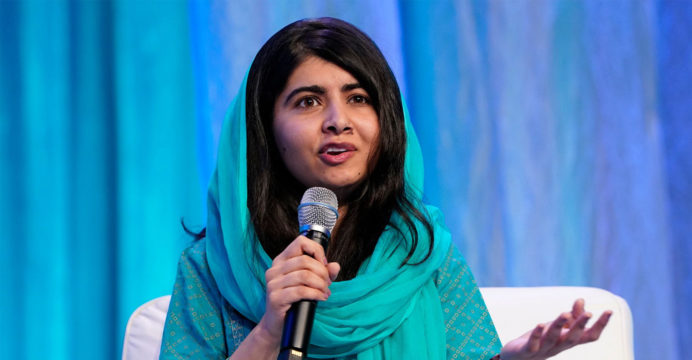 Malala Yousafza stirs up debate, resentment over remarks on marriage

According to the Times of India, Nobel laureate activist Malala Yousafza has stirred up controversy in Pakistan, this time over her candid interview with British magazine Vogue.

During the interview, Malala, who originally hails from Khyber Pakhtunkhwa of Pakistan, reportedly maintained, “You know, on social media, everyone’s sharing their relationship stories, and you get worried…If you can trust someone or not, how can you be sure?

“I still don’t understand why people have to get married. If you want to have a person in your life, why do you have to sign marriage papers, why can’t it just be a partnership?”

Her remarks immediately went viral and set off a firestorm on social media, with lawmakers, clerics, academicians, and a section of the public accusing her of making statements that conflict with religious values, said the Times of India report.

The issue was discussed in the Khyber Pakhtunkhwa Assembly on Friday with members of the opposition urging her family to clarify Malala’s position, reports Pakistani newspaper, Dawn.