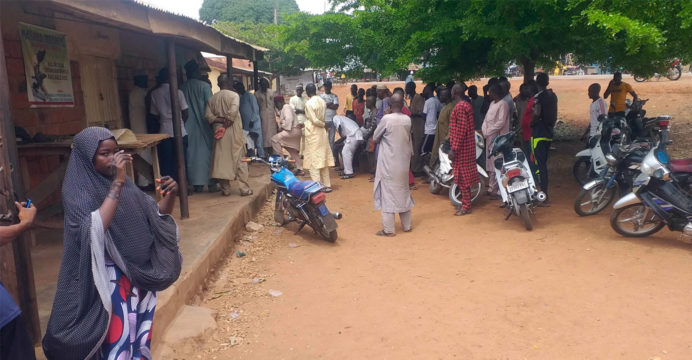 Miscreants have abducted 136 children from an Islamic school in Nigeria’s northern state of Niger. Although the incident took place last Sunday, the administration and the owner of the school confirmed the information to reporters on Thursday.

On Sunday, a group of gunmen attacked the Salihu Tanco Islamic School in Niger and abducted 136 students, including three teachers. They came on a motorcycle. The miscreants killed a school employee when he came to stop her during the abduction.

Omar Idris, the owner of the Salihu Tanco Islamic School, told the media. He added that the number of abducted students could be even higher. Because so far, the parents of 136 children have informed the school authorities that their children have been abducted.

“We are in touch with the parents and are trying to find out the actual number of abducted children,” Omar Idris told the AP.

The activities of several armed terrorist groups in different provinces of Nigeria have been noticed over the last few years. They loot, rob, steal cattle and take people, hostage, in the country’s rural and suburban areas. They are most active in the northern state of Nigeria.

According to official sources in Nigeria, more than 700 children and students have been abducted for ransom in Niger and other provinces since last December.