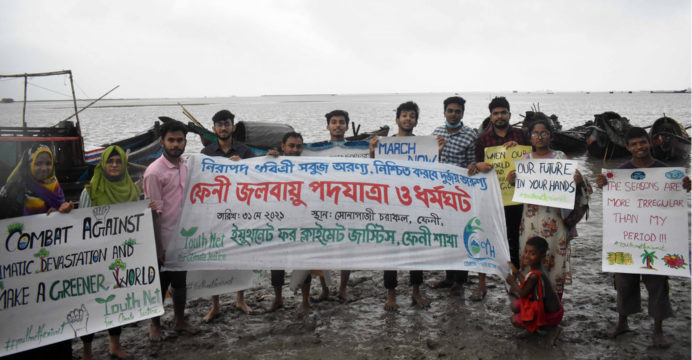 In the coastal district of Feni, local youths have been marching and striking to demand climate justice.

Youthnet for Climate Justice, Feni District Branch held the program on Monday (May 31) afternoon in the char areas of Sonagazi Upazila. At the time, placards were displayed demanding the construction of nature-friendly sustainable coastal dams, recovery of climate change compensation and use of the money collected for the people affected by the effects of climate change. 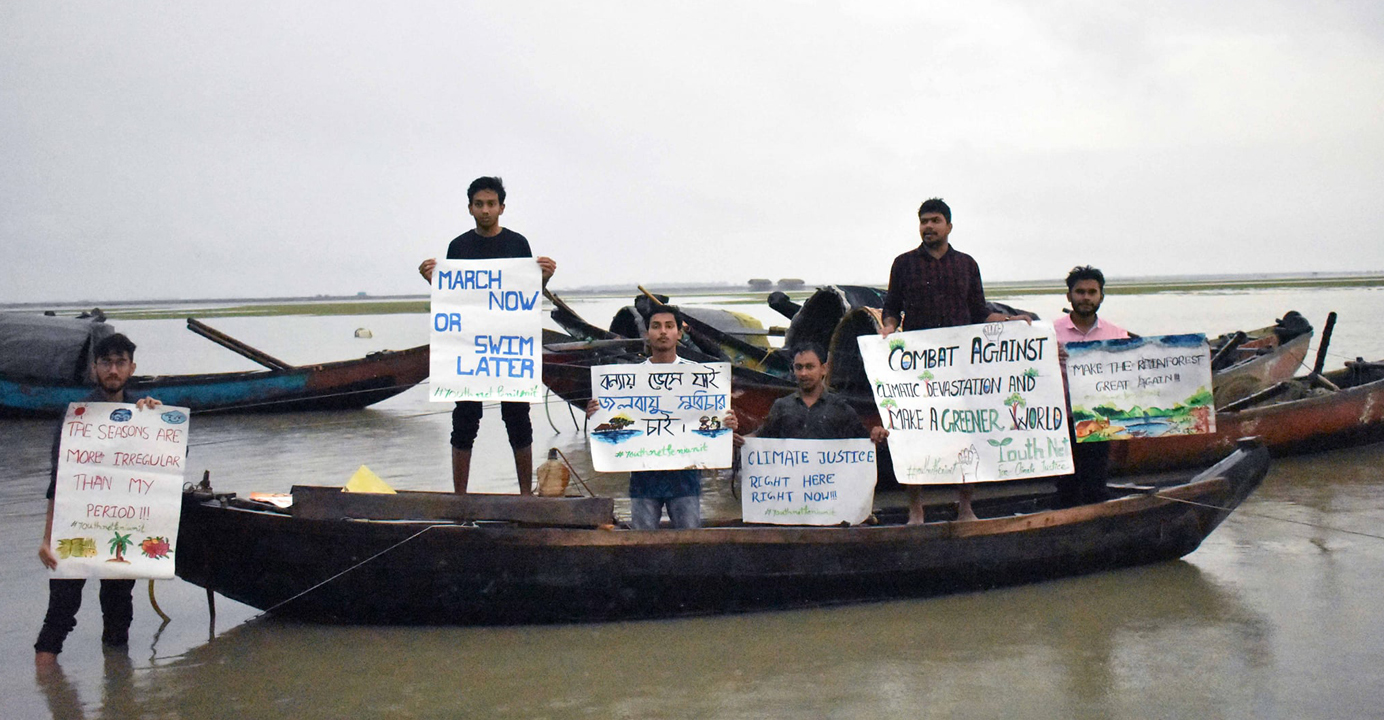 SZ Apu, the coordinator of Youthnet Feni district, said that due to climate change, cyclones, cyclones, droughts, heavy rains, river erosion, especially salinity are causing various disasters in the Feni district every year. Due to the disaster, people in the area are leaving the land. In this situation, there is no alternative to climate justice.