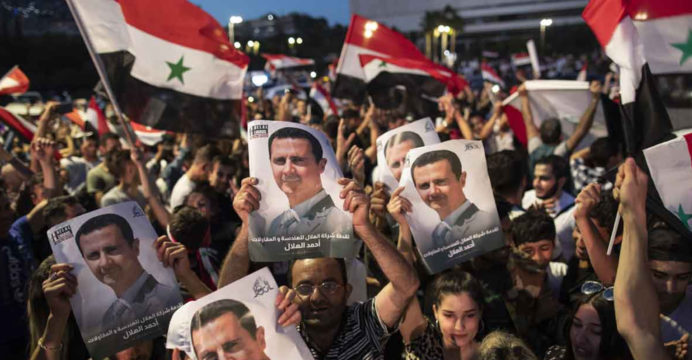 Syrian President Assad elected for the fourth time in a row

Bashar al-Assad has been elected president of Syria for the fourth time in a row. He was elected with more than 95 percent votes. However, the country’s opposition parties have called the election a farce. The United States and the European Union have said the election was not free and fair. News from the BBC.

Proponents of Bashar al-Assad took to the streets of Damascus shortly after the results were announced on Thursday (May 26th). The victory celebration lasted all night. With Assad back in power, the country will move forward, overcoming all obstacles.

They said this victory is ours. Truth has won. Assad is our president. Assad has proved to the world that he is the Syrian banyan tree. He will take our country forward. We are always by his side.

Earlier, the speaker of the country’s parliament announced the results of the election. Assad was elected with 95.1% of the vote. His two rivals received 1.5 percent and 3.3 percent of the vote, respectively.