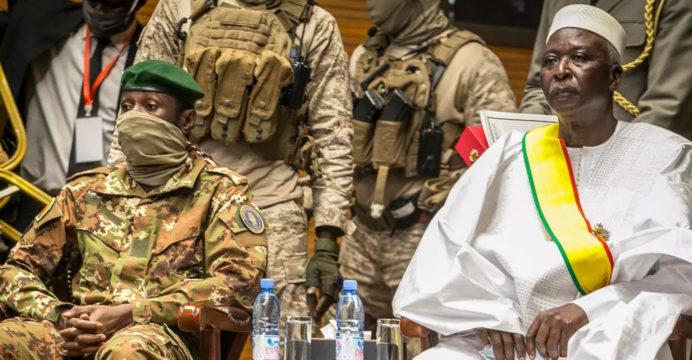 Mali’s interim president and prime minister resigned on Wednesday, a top junta aide said, two days after they were detained and stripped of their powers in what appeared to amount to the country’s second coup in nine months.

In New York, the UN Security Council “strongly condemned” the ouster and arrest of President Bah Ndaw and Prime Minister Moctar Ouane, and called for a return to civilian government — but did not discuss punitive measures.

The interim leaders, who had been tasked with steering the return to civilian rule after a coup last August, resigned in the presence of mediators visiting the military base where they were being held, said Baba Cisse, special advisor to junta boss Assimi Goita.

However a member of the Economic Community of West African States (ECOWAS), African Union and UN mission MINUSMA mediation mission told reporters that the leaders had in fact resigned before they arrived.

The delegation then went to speak to Goita — who holds the rank of vice president in the transitional government — again after seeing him late Tuesday.

Cisse said the president, prime minister and other transition leaders arrested on Monday would be released but this would happen “gradually for obvious security reasons”. He gave no timeline.

He said earlier that there were moves toward forming a new government in the poor Sahel state.

Their detentions triggered widespread international condemnation and the threat of sanctions.