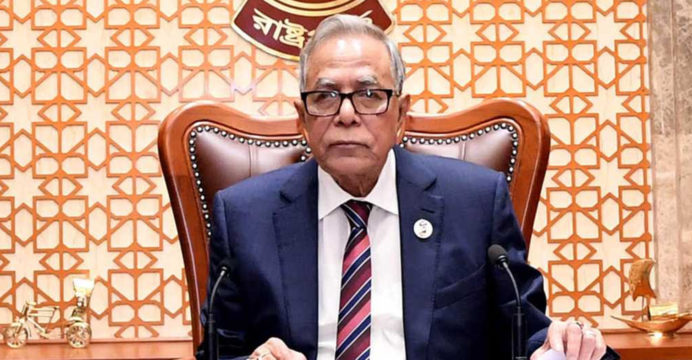 President M Abdul Hamid today congratulated all concerned of the Bangladesh Cricket Team for its first-ever series win against Sri Lanka by 103 runs in the second one-day international (ODI) at the Sher-e-Bangla National Stadium here.

In a congratulatory message, the head of the state greeted all the players, coaches and officials of the national cricket team as well as Bangladesh Cricket Board (BCB) officials concerned for achieving the victory over Sri Lanka Terming.

Bangladesh’s stunning victory has given them an unassailable 2-0 series lead and with 50 points, they are now No.1 in the Super League standings.

It was an all-around show by the team with Mushfiqur Rahim leading the batting charts with a magnificent 125 combined with an equally laudable bowling performance.

While rain played a spoilsport several times in the match, Bangladesh stuck to their plan as Sri Lanka unravelled in the second half of their innings. With one wicket to win, the rain came again to stall the match for nearly 45 minutes, thereby reducing the number of overs.

President Hamid hoped that this trend of winning spree would continue in days to come.