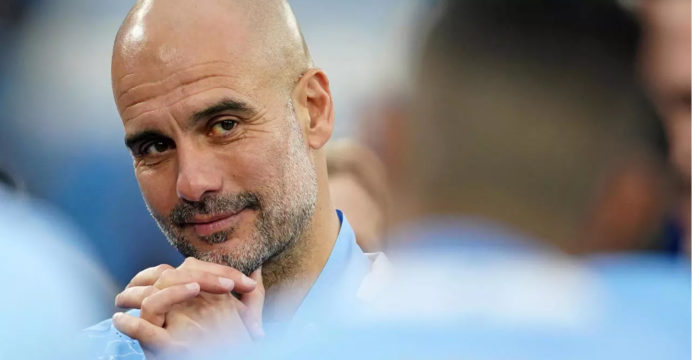 Manchester City’s Pep Guardiola has been named manager of the year by England’s League Managers’ Association, it was announced on Monday.

Guardiola steered City to the Premier League title and League Cup this season. This Saturday, the Spaniard’s side will bid to be crowned kings of Europe for the first time when they face English rivals Chelsea in the Champions League final in Porto.

“I am delighted to win the LMA Manager of the year award for the second time,” said Guardiola.

Alex Ferguson, the multiple trophy-winning former managers of Manchester United, and now an LMA committee member, paid tribute to Guardiola by saying: “As well as being a truly gifted manager and leader, you always display admirable humility and composure and I am sure your family must be very proud of you.”

Guardiola’s award came just days after it was announced that City defender Ruben Dias had been voted the footballer of the year by England’s Football Writers Association.