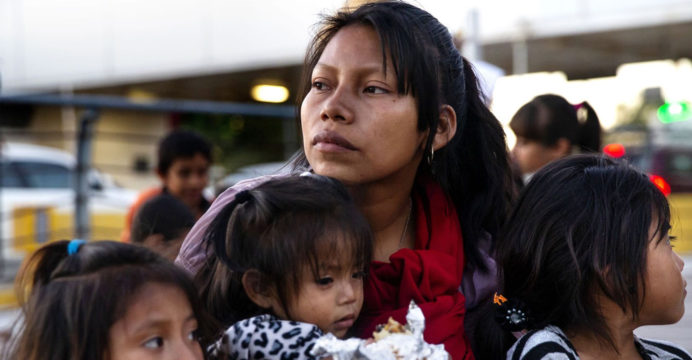 Children tell of neglect, filth and fear in US asylum camps

The US has a vast system of detention sites scattered across the country, holding more than 20,000 migrant children. In a special investigation, the BBC has uncovered allegations of cold temperatures, sickness, neglect, lice and filth, through a series of interviews with children and staff, reports BBC.

It was midnight on the Rio Grande – the imposing river that forms the border between Texas and Mexico – and lights began to flash on the Mexican side. Voices could be heard in the darkness. Figures emerged, got into a small raft, and began to cross the river.

As the raft appeared on the US side, the faces of the migrants became visible. More than half of them were children. Over March and April, more than 36,000 children crossed into the US unaccompanied by an adult. This was a record high for recent years.

Many children traveling alone set out on their journey hoping to reunite with a parent already in the US. More than 80% of them already have a family member in the country, the US government says.