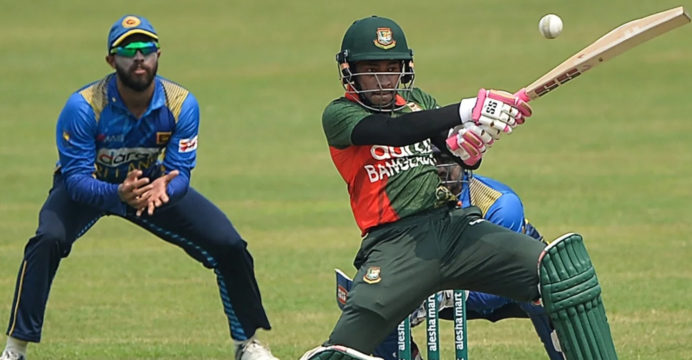 Sri Lanka has scored 224 runs losing all of their wickets from 48.1 overs while chasing 258 as hosts Bangladesh won the first One Day International of the three-match series by 33 runs at Mirpur’s Sher-e-Bangla national cricket stadium on Sunday.

Wanindu Hasaranga was the top scorer for the Lankans while Mehedi Hasan Miraz and Mustafizur Rahman took four and three wickets respectively for Bangladesh.

Mushfiqur Rahim was the top scorer for Tigers with 84 off 87 deliveries while Mahmudullah (54) and Tamim Iqbal (52 )also scored half-centuries.

Opener Liton Kumar Das (0) got out in the second over as he was caught at first sleep against pacer Dushmantha Chameera.

Shakib Al Hasan was the second batsman who got out after scoring 15 off 34 deliveries. 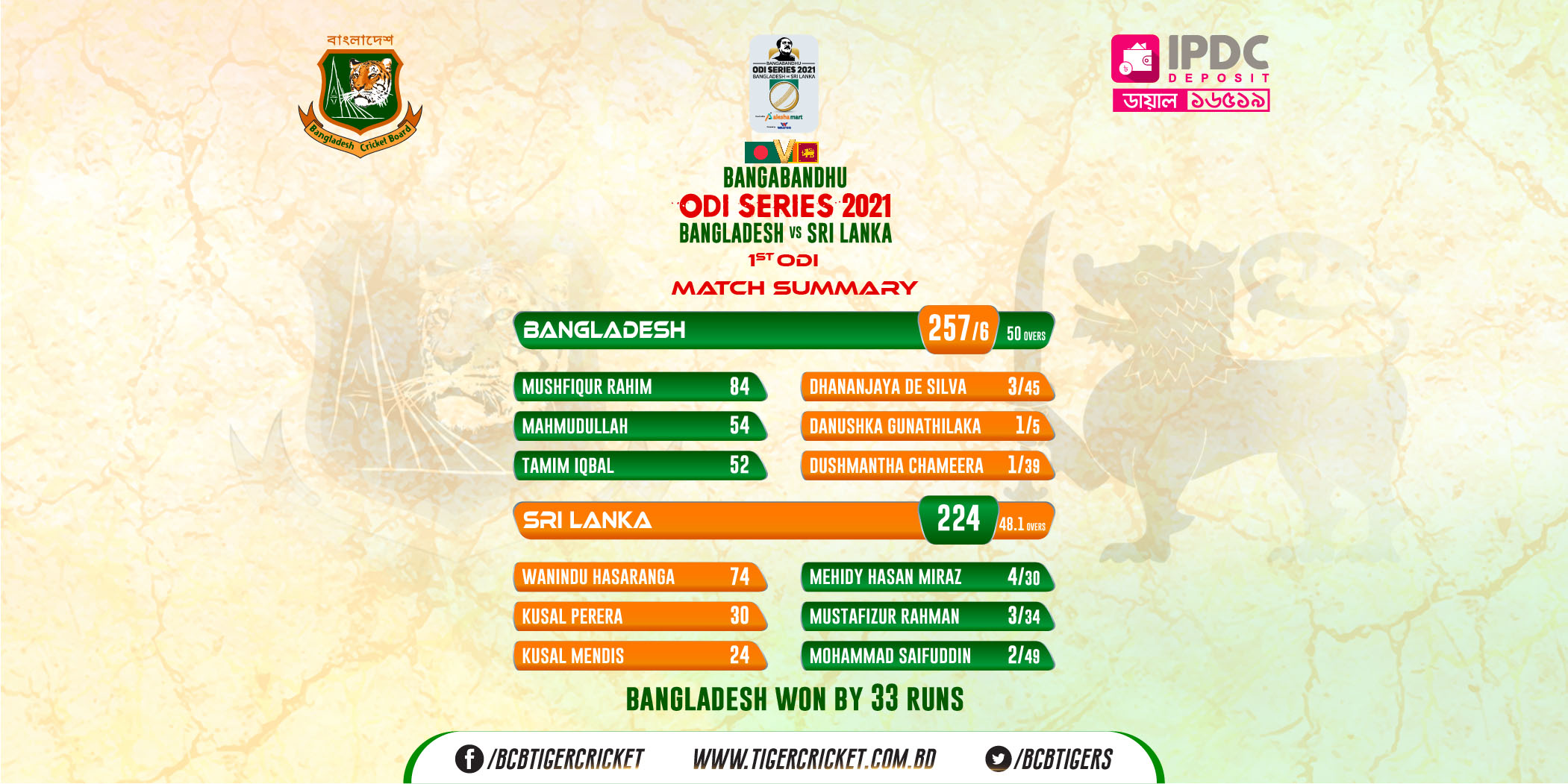 Tamim Iqbal got leg before wicket after scoring 52 during 23rd over while Mohammad Mithun (0) got out in the very next delivery.