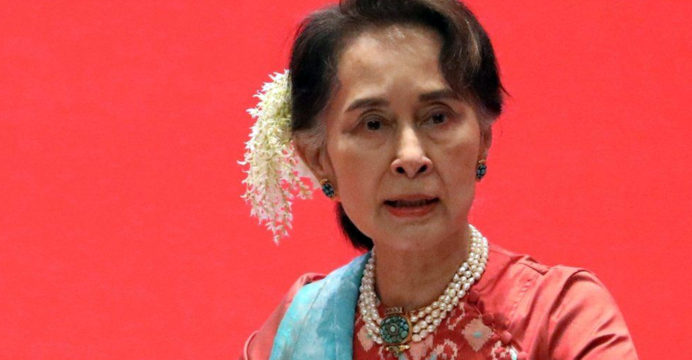 Myanmar’s military leader has declared Aung San Suu Kyi is “in good health” in his first interview since leading a violent coup held in last February.

Junta leader Min Aung Hlaing also said Ms Suu Kyi would appear in court within days. She has been under house arrest and has not been seen in public since the military seized control.

The military leader also repeated unverified claims of voter fraud in the country’s election in November 2020 – its justification for the coup. The vote was won by Ms Suu Kyi’s party, the National League for Democracy (NLD).

The coup organized on 1 February plunged the South East Asian country into chaos. In the months since the military has brutally crushed protests and detained more than 4,000 people.

More than 800 people have been killed, according to the monitoring group Assistance Association for Political Prisoners (AAPP).