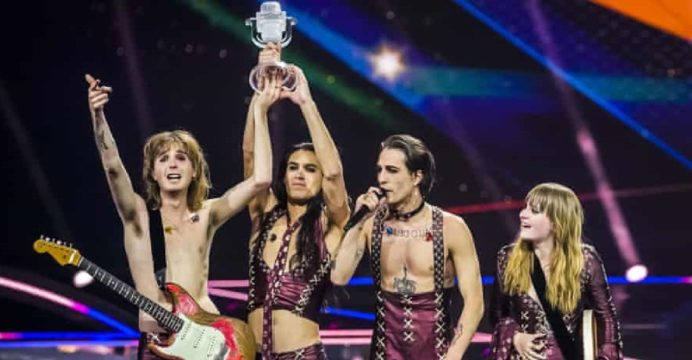 Italy has won the Eurovision Song Contest in Rotterdam

Italy has won the Eurovision Song Contest in Rotterdam with their song Zittie e Buoni.

It was another disappointing night for the UK, with James Newman’s Embers scoring nil points. It is the fifth time the UK has come last, and the second time it has received nil points, reports BBC.

The first time was in 2003 when Jemini sang Cry Baby.

Newman put on a brave face, smiling and cheering as the bad news was delivered.

Commentator Graham Norton reacted by saying: “I’m trying to put a positive spin on it but I feel so sorry for James. A lot of disappointed people in that arena tonight, but thrilled to be a part of Eurovision.”

He also had plenty of support from fans such as Matt Lucas, who said “we love you James Newman”, BBC Breakfast host Dan Walker, who praised him “laughing it off” and RuPaul’s Drag Race star Michelle Visage., who said: “I am sending this tweet to James Newman and James only. You were INCREDIBLE.”

But some people did not think Newman’s performance was good enough, with Twitter account the Vinyl Frontier saying his singing could have been better.

In contrast to the lack of points for Newman, it was delirium for Måneskin, who had been firm favourites despite their rock number not being typical Eurovision fare.

They are the first group to win the competition since 2006, and Italy last won in 1990.

Måneskin’s Victoria de Angelis said after the show that their win was a boost for her country, which was badly hit by the coronavirus pandemic.

“This is a message of hope after this hard year we’ve been through,” she said.

Her bandmate David said: “That prize shows that this is not (a) cheesy event. This is a musical event.”

Last year’s contest was axed due to the coronavirus pandemic, which has also had an impact on this year’s event.

An audience of 3,500 people cheered them on during the show, which was an official Covid trial event.

Saturday’s show was co-hosted on stage by Nikkie de Jager, better known around the world as NikkieTutorials.

Known for giving make-up and beauty advice on her social media channels, the Dutch internet star was the contest’s first transgender host.

The United Kingdom last won Eurovision in 1997 and has won the annual singing contest five times since it began in 1956.