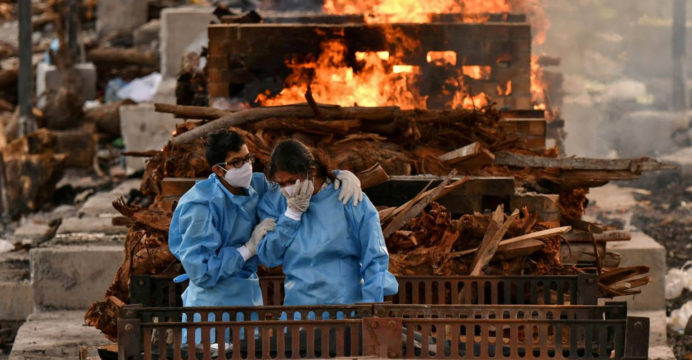 India’s government has instructed social media companies to remove any content that refers to the “Indian variant” of Covid-19.

The IT ministry said the World Health Organization (WHO) listed the variant as B.1.617 and any reference to “Indian” was false.

Geographical terms have been used to describe a number of other variants, including the UK and Brazil.

India’s government has faced criticism over its handling of Covid-19.

It also drew anger last month after it ordered Twitter to remove posts critical of some of its actions during the pandemic.

The country has been hit hard by the new variant since late March and is now second only to the US in terms of overall infections, at more than 26 million, according to Johns Hopkins University research.

Covid-related deaths are close to 300,000, behind only the US and Brazil, although some experts believe India’s fatalities could be considerably higher.