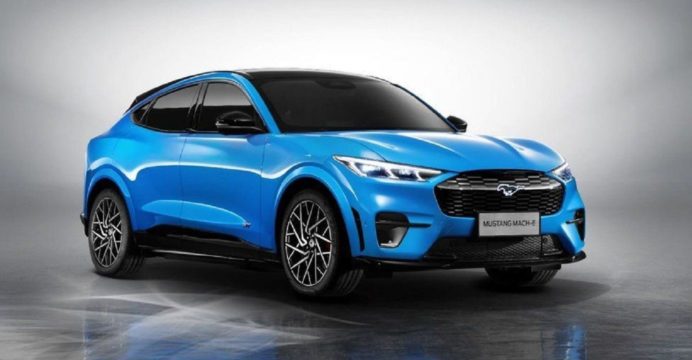 Consumers are still sceptical about electric cars and switching from petrol and diesel remains “a real challenge”, the boss of Ford UK has told the BBC.

Lisa Brankin said more government support for the electric car market would be needed ahead of a proposed ban on new petrol and diesel sales in 2030, reports BBC.

But the number of electric vehicles (EVs) currently in use remains low.

Research from the Society of Motor Manufacturers and Traders (SMMT) found EVs account for just over 1% of the 35 million vehicles on UK roads.

However, numbers are increasing, with sales of battery-powered vehicles more than doubling last year while the number of plug-in hybrids also grew by more than a third.

But Ms Brankin, managing director at Ford of Britain and Ireland, told Radio 5 Live’s Wake Up to Money programme many customers were sceptical about buying an electric vehicle. The carmaker is still the leading manufacturer in the UK in terms of vehicle sales, according to 2020 figures from Statista.

“We did a survey looking at customer attitudes and we saw that just over 10% of customers were actively considering a battery electric vehicle as their next purchase,” Ms Brankin said.

“Most other people were still concerned about a number of things – range, the charging infrastructure, the lack of information available to customers and obviously the price as well.

On the cost of electric vehicles, she said: “We do recognise that that is an issue and that’s why we’ve been calling on government to continue to support the whole range of battery electric vehicles.

The government’s goal to phase out vehicles which generate tailpipe emissions is part of a wider plan to make the UK carbon neutral by 2050.

The RAC said in May the UK’s charging network would need to grow “exponentially” to cope as electric vehicle sales surged.

Sales have risen rapidly, partly due to strict new emissions rules in the EU which have forced manufacturers to invest billions in new zero-emission models.

A report from the Public Accounts Committee released this month warned the government had no plan to meet the “huge challenge” of persuading motorists to switch to electric vehicles by 2030. The same report said only 13 electric car models on sale in the UK at the moment cost less than £30,000.

Ms Brankin said the company wanted to see a “comprehensive plan” from the government for the switch to electric vehicles “that involves all stakeholders and not just car manufacturers.”

The government has said it is investing £2.8bn to help the car industry and drivers make the switch to electric and the added EV costs will fall as production grows around the world.