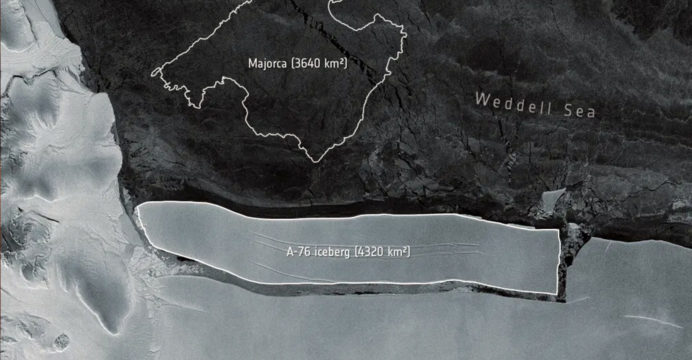 The largest iceberg floating in Antarctica

The largest iceberg in the world is floating in Antarctica. It is similar in size to the island nation of Puerto Rico. The entire scene of the iceberg collapsing was captured on a NASA satellite by the US space agency.

NASA claims that between last Monday and Wednesday, it naturally broke off the ron ice-shelf and floated into the sea. Researchers are blaming climate change for the long-term effects of wind and sea waves.

Surprisingly, the location of the world’s second-largest floating ice sheet, A23A, is also in the same ocean area. So in the future, shipping on this route, which is known for transporting goods, will be threatened.

Icebergs coming off the ice-shelf in Antarctica are not a new phenomenon. However, the last few years have seen ice melt in Antarctica. Many glaciers are breaking.