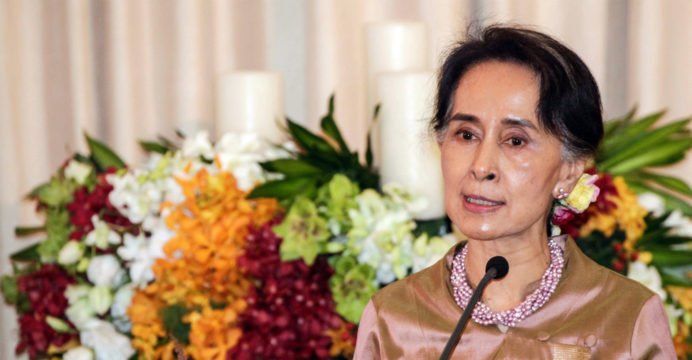 Suu Kyi’s party is on the verge of extinction

Reuters reported that the military junta had quoted an election commission commissioner as saying in a news release on Friday. The decision to disband Suu Kyi’s party was taken at a meeting of the Election Commission with various political parties, according to Myanmar Now. Several parties, including the NLD, boycotted the meeting.

The same demands of the commission continue. They still say the NLD resorted to fraud in the general election in November last year.

Meanwhile, Thein Soe, chairman of the junta-backed Union Election Commission (UEC), told the media that the fraud perpetrated by the NLD was illegal. For this reason, we will cancel the registration of the party. Those who have committed such frauds will be considered traitors, we are going to take action against them.