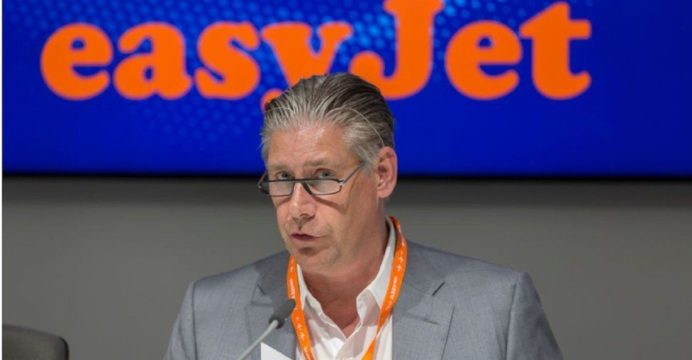 Travel to amber list countries is “absolutely legal”, EasyJet boss Johan Lundgren has said, after the government advised people not to go to those countries on holiday.

Mr Lundgren said the government stance was “very confusing” and frustrating for passengers, and testing was costly.

The legal ban on foreign holidays ended on Monday.

The government has brought in a traffic light system of rules for international travel, with people returning from green list countries not having to quarantine.

But travellers returning from amber list countries, which may have entry restrictions, must self isolate for 10 days when they return.

Coronavirus restrictions on travel have hit the aviation sector very hard over the course of the pandemic.

On Thursday, EasyJet reported that losses for the six months to 31 March had widened to £645m from £353m a year earlier.

Mr Lundgren told the BBC this was “clearly a significant loss, and it’s really down to the travel restrictions we’ve seen across Europe”.

The airline plans to fly only about 15% of its pre-pandemic capacity during the three months to the end of June, but said it was “ready to significantly ramp up our flying for the summer”

Mr Lundgren called for an extension of the green list to include more European countries.

He added the whole point of the traffic light system was to allow travel to restart again safely, and that it was “absolutely legal to travel to amber list countries”.

“There was no indication they [passengers] shouldn’t travel to these countries, because that’s what the restriction was supposed to do – it was there to make sure you could do this in a safe way,” he said.

“We have a huge amount of people that are contacting us to say: ‘Look, can I go? Can’t I go?’ – So it’s been very confusing, and the government is almost dismantling the system that it set up themselves,” he added.

Mr Lundgren also called for VAT to be removed from the cost of Covid testing when holidaymakers return to the UK.

He said the numerous costs and testing was making people who want to go on holiday or reunite with families “extremely frustrated”.

He added the airline had agreed a £60 price for the required PCR tests, but pointed to comments from the European Parliament which has called for free testing for all, including PCR tests.