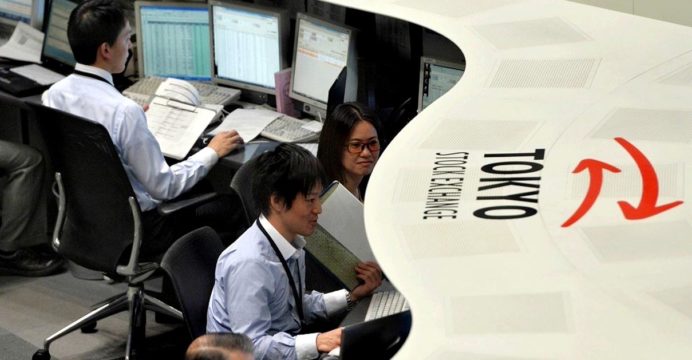 “Japanese shares are seen starting with declines on Wall Street falls, but bargain-hunting purchases may emerge after the Nikkei dipped below the 28,000 mark,” Toshiyuki Kanayama, senior analyst at Monex, said in a note.

Bitcoin meanwhile shed a whopping 30 percent at one point after China signalled a new crackdown on the cryptocurrency.

In Tokyo, shares in SoftBank Group rallied 1.37 percent to 8,586 yen after reports said US investment fund BlackRock doubled its stake in the Japanese company to 5.2 percent.

Takeda Pharmaceutical was up 0.16 percent at 3,774 yen after reports said Japanese authorities will likely this week approve the use of Moderna Covid-19 vaccines, which the Japanese firm will import.

But Daiichi Sankyo was down 1.28 percent at 2,590 yen despite reports that the AstraZeneca vaccines it produces will also be approved by Japanese authorities.