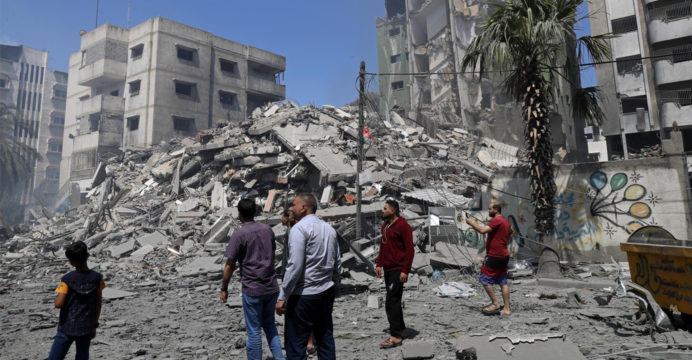 Thousands of people have fled their homes in the wake of the Israeli attack and taken refuge in UN-run schools in Gaza. Relief assistance has become urgent for them.

Relief sent by different countries and organizations has also reached the area. However, shortly after the border was reopened by Israeli forces, the convoy of relief trucks stopped

Can’t get in there. According to a report by Al-Jazeera, the Israeli Coordinator of Government Activities in the Territories (Kogat) on Tuesday announced the temporary opening of the border by Karim Abu Salem for relief.

Then the relief truck started to enter through there. Shortly afterward, an Israeli soldier was slightly injured in a mortar attack, and the border was closed.

A statement from Kogat said, “It has been decided to block the entry of the remaining trucks after the mortar attack on the Karim Salem crossing.”

He also called for a ceasefire to provide humanitarian assistance to vulnerable people.