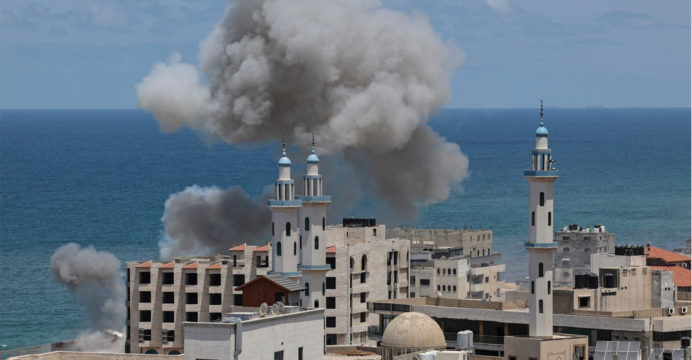 Israel told the UN about the terrible plan

The Israeli military has threatened to blow up two schools in the Gaza Strip, where preparations were underway to house internally displaced persons. Israel has informed the United Nations of its plans, media reported on Monday (May 16th).

Palestinian media say the threat of an attack is deadly because there are plans to keep the displaced in Israeli barbarism in those schools.

The Palestinian Ministry of Health said 42 people, including 10 children, were killed in a day-long attack in Gaza on Sunday. On the other hand, Hamas has also launched a series of rocket attacks on various Israeli cities in retaliation.

Al Jazeera’s latest report says the death toll in the Israeli attack in Gaza has risen to 196, including 58 children. More than 1,200 people were injured.

This article has been posted by a News Hour Correspondent. For queries, please contact through [email protected]r.media
No Comments