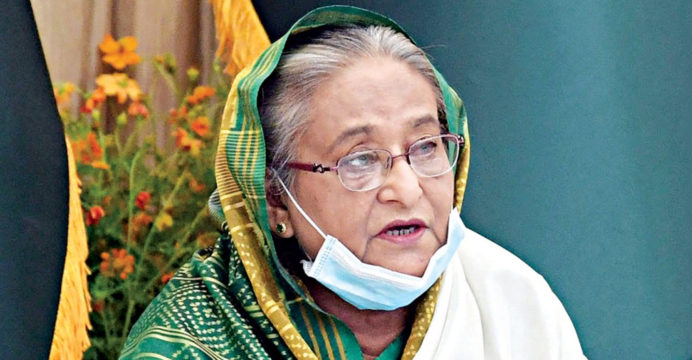 Prime Minister Sheikh Hasina has strongly condemned the recent Israeli attack on the Al Aqsa Mosque in Jerusalem and called on the world community to take permanent steps to stop such heinous attacks anywhere in the world.

In a letter to Palestinian President Mahmoud Abbas, Sheikh Hasina wrote, “We extend our deepest condolences to the families of the victims of the attack and our condolences to the brotherly Palestinian people.” We strongly condemn this cowardly attack. We call on the international community to take lasting steps to end such heinous attacks in any country in the world, including Palestine. ”

Sheikh Hasina further wrote in the letter, “On behalf of the government and people of my country, I express my sorrow and concern over the loss of innocent worshipers and the general public in the barbaric attack on the Al-Aqsa Mosque area.”