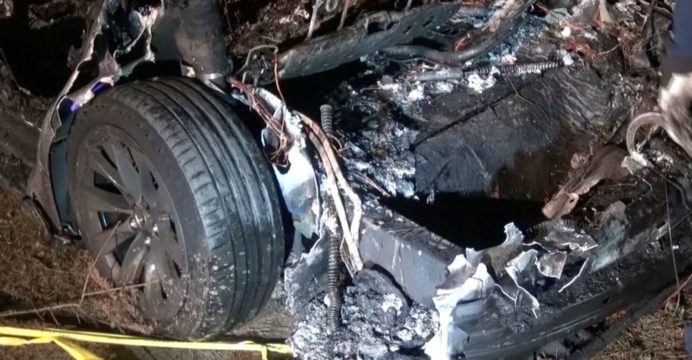 The autopilot function on Tesla car involved in crash in Texas in April was off, report says

The autopilot function on a Tesla car involved in a fatal crash in Texas in April was “not available” at the time, according to a preliminary report.

Police said one victim was found in the front passenger seat, the other in the back after it crashed and caught fire. The early findings suggest the car’s autopilot was “not available” on the road where the accident happened, reports BBC.

But cruise-control could have been in operation, the National Transportation Safety Board said.

Police said there was nobody in the driving seat when the vehicle, which struck a tree and caught fire, was found.

The 2019 Tesla Model S had been travelling at high speed when it failed to negotiate a curve on a winding road.

The car firm’s founder, Elon Musk, had previously tweeted that the vehicle’s logs suggested that its autopilot feature had not been enabled at the time of the crash. “Moreover, standard autopilot would require lane lines to turn on, which this street did not have,” he wrote at the time.

Neither the NTSB nor the police has yet reached a final conclusion about the cause of the accident.

Mark Herman, Harris County Precinct 4 constable, said last month that “no-one was driving the vehicle at the time of impact”.

But footage from the owner’s home-security camera showed the driver getting into the driver’s seat, and the passenger into the front passenger seat, the NTSB said.