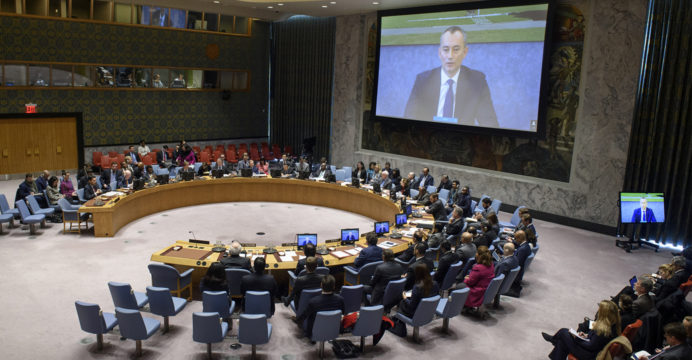 An emergency meeting of the UN Security Council has been held to take the necessary steps to end the ongoing conflict between Israel and Palestine. The meeting was held on Monday.

However, no official statement was issued after the meeting. Diplomats say the United States believes that making a public statement about the meeting could be counterproductive.

However, the draft statement, which was made at the Security Council meeting, reached AFP. The Security Council requested that in addition to the International Atomic Energy Agency’s ongoing inspections in Iran, that it monitor Israel’s compliance with “the steps required by the IAEA Board”.

The statement also expressed concern over the escalation of tensions and clashes in the West Bank.

Diplomats said Norway had made the first draft proposal for the talks. The decision can be based on that proposal. Tunisia and China have backed Norway’s draft proposal.

Clashes between Israel and Palestine began earlier this week. The clashes erupted at the center of the holy Jumatul Bida in Al-Aqsa. That being said, this is the biggest clash between Israelis and Palestinians in the last few years.