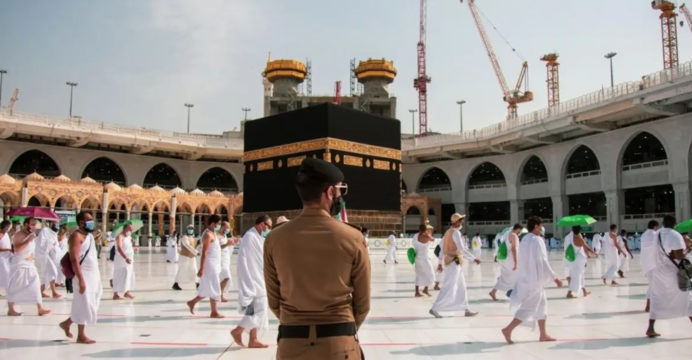 This year, the Saudi authorities have announced the Hajj under special conditions and rules. The country’s Ministry of Hajj and Umrah said in a statement on Sunday (May 9th). News Daily Sabah.

Recently, Saudi officials said that foreigners may not be allowed to perform the Hajj this year due to the Corona epidemic. However, no final decision has been made yet.

The Saudi Ministry of Hajj and Umrah said the Hajj would be conducted in compliance with health, safety, and regulations.

The ministry said in a statement that the Saudi Arabian Institute of Health would continue to assess the situation and take steps to protect the health of all people.

The ministry said special measures and institutional plans would be announced later.

Every year, more than 2.5 million people worldwide travel to Mecca and Medina for the Hajj. Saudi Arabia earns about 12 billion dollars every year. For the first time in modern history, foreigners were not allowed to perform the Hajj last year due to the Corona epidemic. Last year, only a limited number of Saudi nationals and foreigners were allowed to perform the Hajj.