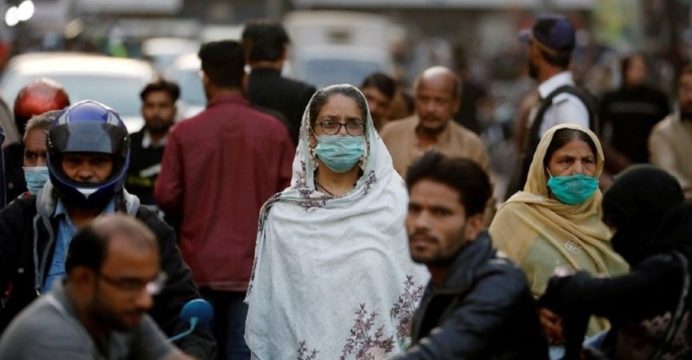 Pakistan declared eight-day partial lockdown ahead of the Eid

Pakistan has declared an eight-day partial lockdown ahead of the celebration of Eid al-Fitr next week.

Non-essential businesses and tourism sites must close and travel across the country is restricted from 8-16 May, reports BBC.

The country is currently battling a third wave of coronavirus infections, recording more than 140,000 cases and 3,000 deaths in April.

Officials had warned restrictions could be necessary given neighbouring India’s devastating surge in cases.

Pakistan recorded an additional 4,109 positive cases on Saturday, according to the health ministry. The actual number of infections is likely to be higher because of under-reporting.

Under Pakistan’s partial lockdown, all but essential shops, businesses and markets will close until 16 May.

Transport in and between regions and cities is restricted to private vehicles, taxis and trains, all with reduced capacity.

Officials are keenly aware that people could spread the virus as they gather to celebrate Eid with their families this week. On Friday Dr Faisal Sultan, who advises Prime Minister Imran Khan on health, said that the country was facing a “critical period” as the holy month of Ramadan draws to a close.

While he said there were “very initial signs of some stability” in cases, infections could again surge if measures were not taken now.

While local authorities have been imposing restrictions to try to contain the spread of the virus, Prime Minister Imran Khan has resisted another nationwide lockdown, saying last month he wanted to avoid such measures because of the harm it could cause to the economy.

But Pakistani officials are mindful of neighbouring India’s ongoing battle with a deadly second wave.

Countries around the world are sending medicines, oxygen and ventilators by the planeload to try to ease the crisis gripping India’s health system. The country has recorded hundreds of thousands of new cases each day for weeks, and infections are now spreading from cities to the countryside.

Asad Umar, Pakistan’s federal minister for planning, posted a series of tweets on Saturday warning that “the entire region is exploding with cases & deaths”.

“The need for caution is clear,” he tweeted. “The danger is higher than ever and knocking at our doors.”

Thousands of people would normally travel to Pakistan from all over the world for Eid, however travel restrictions are in place for many countries.

For those travelling to Pakistan from abroad, countries have been categorised into three tiers, from those deemed low risk and not requiring a Covid-19 test, to others restricted from entering Pakistan.

It is currently on the UK’s red list, which means anyone travelling to Pakistan must pay to quarantine in a designated hotel upon returning to the UK.