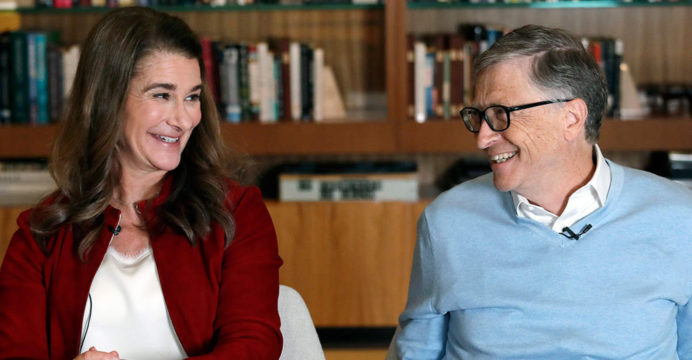 After 27 years of marriage, Bill and Melinda Gates split up

Philanthropist and billionaire couple Bill and Melinda Gates have declared their divorce after 27 years of marriage, stating “we no longer believe we can grow together as a couple”.

“After a great deal of thought and a lot of work on our relationship, we have made the decision to end our marriage,” the pair tweeted.

“Over the last 27 years, we have raised three incredible children and built a foundation that works all over the world to enable all people to lead healthy, productive lives. We continue to share a belief in that mission and will continue our work together at the foundation, but we no longer believe we can grow together as a couple in this next phase of our lives. We ask for space and privacy for our family as we begin to navigate this new life,” they added.

Bill Gates and Melinda Gates first met in the 1980s when Melinda joined Bill’s Microsoft firm as an employee.

The billionaire couple has three children and jointly runs the Bill & Melinda Gates Foundation. The organization has donated billions of dollars to fight causes such as infectious diseases and encouraging vaccinations in children.

The pair both posted the statement announcing their divorce on Twitter. The decision reflects a personal change at the top of American business.

The announcement comes two years after Bezos said he and his wife, MacKenzie, were getting divorced. Bill Gates and Jeff Bezos are among the world’s richest people, and Amazon and Microsoft compete in the cloud computing business.