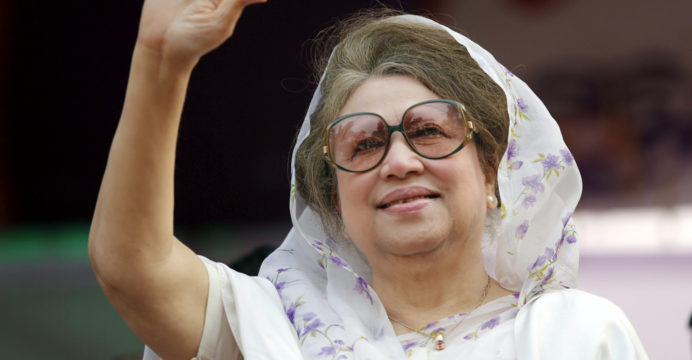 Khaleda Zia in CCU due to increased breathing difficulties

BNP chairperson Begum Khaleda Zia, who is undergoing treatment at Ever Care Hospital, has been brought to CCU due to respiratory problems.

He said Khaleda Zia was shifted to CCU when she felt short of breath in the morning. He also said that his condition is stable at the moment.