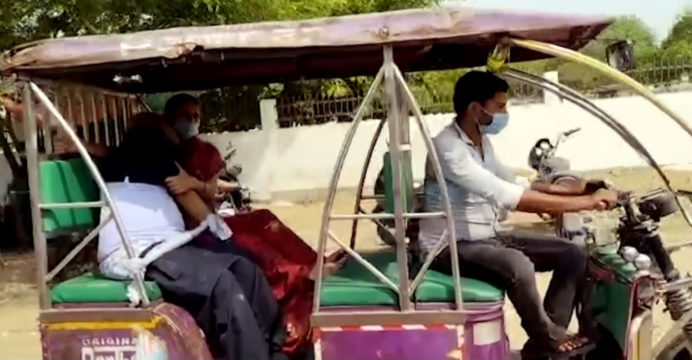 In the ambulance crisis in India, many people have to carry bodies in autorickshaws. One person died of corona in Firozabad in Uttar Pradesh on Sunday.

Later, his wife was forced to take him to the crematorium by autorickshaw as he could not get any ambulance to carry him from the hospital. At that time he did not get the protection material PPE.

Earlier, the scene of a relative carrying a martyr on a motorcycle went viral through social media. The crisis of ambulances is increasing every day as the pressure of the patients affected by corona is increasing.