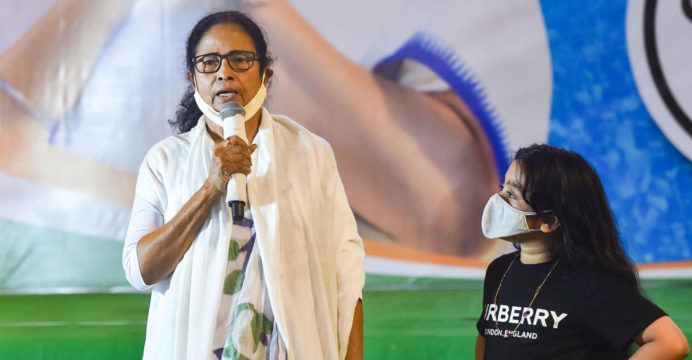 The ruling Trinamool Congress has secured a hat-trick victory in India’s West Bengal assembly elections. They won 213 out of 292 seats. On the other hand, Prime Minister Narendra Modi’s party BJP has 6 seats in the House. But the big surprise is the dramatic result in Nandigram. Mamata Banerjee lost seat here.

At first, the Election Commission declared Mamata the winner. She is said to have received 1,200 votes more than his former disciple and BJP candidate Shuvendu Adhikari. But after a while the announcement came – Shuvendu won by a margin of 1956 votes. Angered, Mamata threatened to go to court alleging fraud.

In this situation, the EC said, the votes can be recounted if the returning officer wants. But after a while, the Election Commission announced that Shuvendu was the winner again and the votes would not be recounted.

According to the Constitution of India, the Chief Minister will be the party leader elected by the majority of MLAs in the Rajya Sabha. There is no obstacle for Mamata to become the Chief Minister. However, within 6 months of taking office, Mamata will have to win a seat.