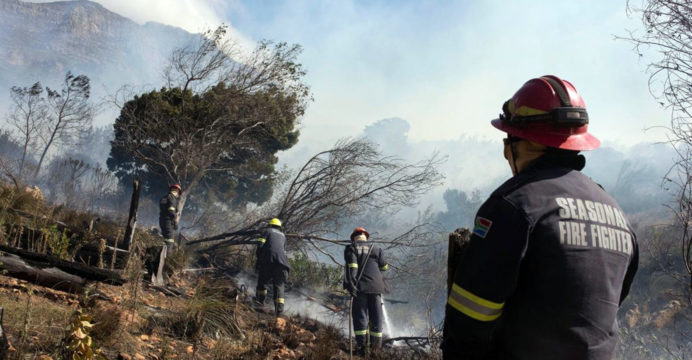 “Approximately 90 percent of the fire has been contained,” he said in a statement to AFP.

The fire first broke out in the foothills of Table Mountain, a favorite with tourists, and spread to the University of Cape Town (UCT), destroying buildings and forcing students to flee.

At least 600 hectares (1,500 acres) of land were charred, according to the parks agency.

The university library that housed a unique collection of African archives and an 18th century Mostert’s Hill windmill was gutted.

No casualties have been reported so far apart from four firefighters who have been injured.