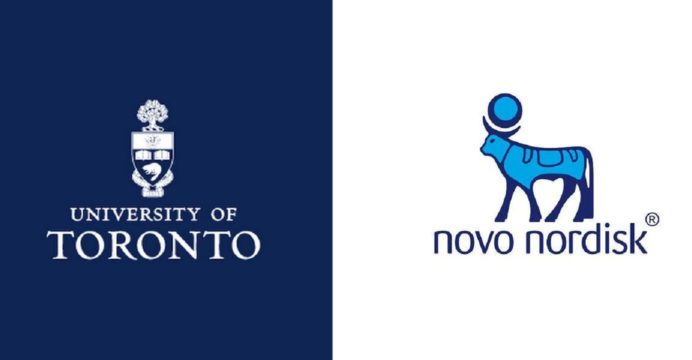 Novo Nordisk A/S and the University of Toronto (U of T) has announced a DKK 200 million (CAD 40 million) investment to establish the Novo Nordisk Network for Healthy Populations.

The network will focus on new ways to support healthier urban populations and will draw on U of T’s leading expertise in public health research and education programmes to impact the global fight against diabetes and other serious chronic diseases. Based at U of T Mississauga, the new network will be a partnership between the Dalla Lana School of Public Health, the Temerty Faculty of Medicine and University of Toronto Mississauga. The announcement came on last February.

“As we commemorate the 100th anniversary of the discovery of insulin at U of T, we are thrilled to once again partner with Novo Nordisk, a company that understands the vital importance of helping those living with diabetes and other chronic diseases,” said U of T President Meric Gertler. “Their historic investment will build capacity for research and education at the University. It will bring together existing expertise from across U of T, our health sector partners in the Mississauga community and the broader region. It will make a real difference to people coping with chronic diseases not just here in Canada, but around the world.”

In 1921, a U of T research team of Frederick Banting, Charles Best, J.J.R. MacLeod and James Bertram Collip discovered insulin. Novo Nordisk predecessors, Nordisk Insulin Laboratorium and Novo Terapeutisk Laboratorium, were among the first to produce insulin at a large scale, bringing this life-saving treatment from University of Toronto labs to people with diabetes around the world. Now, 100 years later, U of T and Novo Nordisk will once again work together to improve the lives of people living with diabetes – with an ambition to prevent type 2 disease. 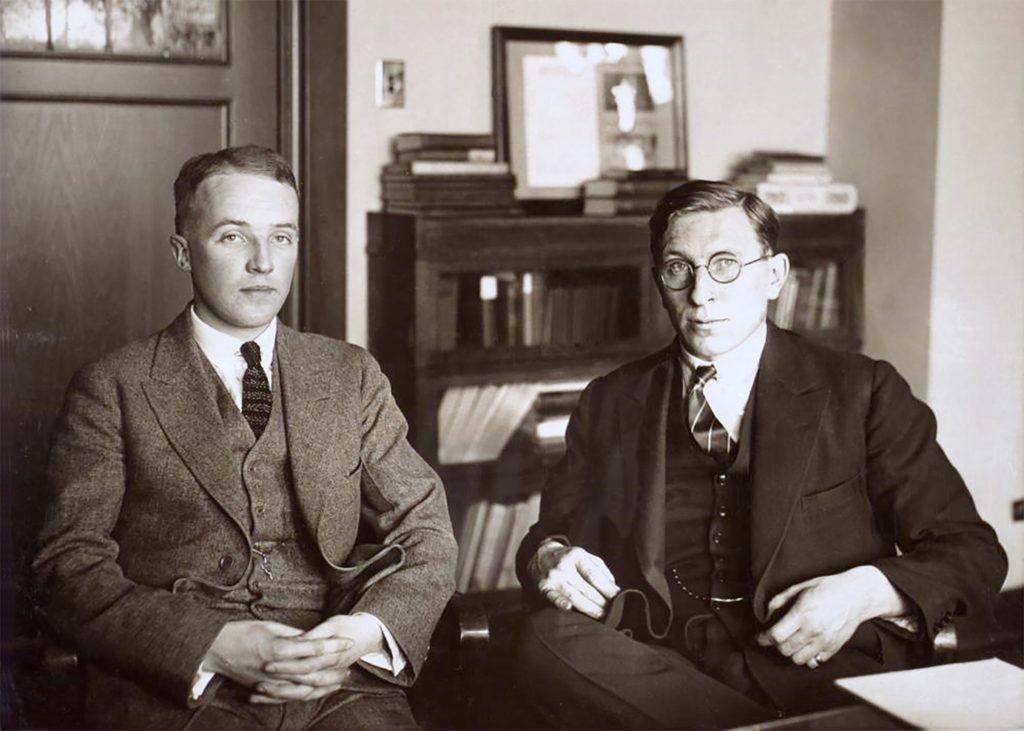 Frederick Banting and Charles Best at the University of Toronto

“Fulfilling our company’s purpose to defeat diabetes, obesity and other serious chronic diseases requires much more than innovative medicine,” said Lars Fruergaard Jørgensen, CEO and President of Novo Nordisk. “One hundred years after the discovery of insulin, we’re proud to once again partner with the University of Toronto with the ambition of helping society to address the root causes of type 2 diabetes and obesity. As we recognise insulin’s success in saving millions of lives around the world, we are excited to expand our commitment towards the prevention of these serious chronic diseases.”

Novo Nordisk’s is donating DKK 100 million (CAD 20 million) to the network which is being matched by U of T with further DKK 100 million in financial and in-kind contributions. In addition, Novo Nordisk has made an additional DKK 10 million (CAD 2 million) donation to U of T’s Banting and Best Diabetes Centre in support of discovery research and to honour Banting and Best’s enduring legacy.