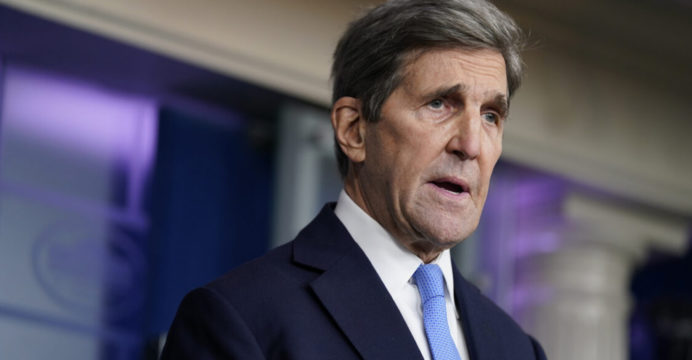 A group of young climate activists in Bangladesh urged on US President Joe Biden’s administration to take the genuine leadership role in a global just transition to a new clean-energy economy and provide finance and support for the climate loss and damage.

As the U.S. climate change envoy arrives in Bangladesh, The call was made by the YouthNet for Climate Justice, in a letter addressed to US Special Presidential Envoy for Climate John Kerry with a simple request: use your wealth, built on fossil fuels, to help us develop renewable energy.

Kerry has come to the country to invite Prime Minister Sheikh Hasina to the virtual “Leaders’ Summit on Climate”, to be hosted by President Biden on 22-23 April.

The letter, signed by YouthNet’s Founder & Coordinator Sohanur Rahman, was sent to the US Embassy in Bangladesh and The United States Office of Global Change at Bureau of Oceans and International Environmental and Scientific Affairs via email at 10.40 pm on Thursday.

In the letter, the group urged that US public and private financiers, investors and technology suppliers must stop fossil fuel finance, investment and development to limit global warming to 1.5 degrees Celsius in line with the Paris Agreement.

The letter mentioned Wealthy countries have fuelled the climate crisis through decades of willful negligence and inaction, yet have done very little to help the billions of people in developing countries who suffer the effects of the climate crisis. The US has historically contributed the most to the climate crisis, by its carbon emissions. It continues to be one of the biggest polluters.

The letter also reminded Kerry when he was brought his young granddaughter to the United Nations COP21 while signing the Paris Agreement as a symbol of protection of the future of the next generation. And the letter said, “We are the generation that has to deal with more severe climate impacts than ever and are already bearing its brunt. Our children will face disasters at a scale we have never seen before. As young people from around the world, we demand an end to inaction on climate-induced loss and damage, which endangers our future”.

“Based on your President’s commitment to taking meaningful climate action, the new U.S. administration has the potential to mitigate some of this harm — if your country is willing to step up and provide finance and support for the climate loss and damage in our nations,” the letter reads.

The letter reads, In 2020, Super Cyclone Amphan, the most powerful storm to hit South Asia, devastated my country and parts of India, affecting 10 million people and causing an estimated $13 billion in damage. By 2050, one in seven people will be displaced by the climate emergency in Bangladesh. People are already losing their homes to sea-level rise, cyclones, erosions, landslides, and flooding. Up to 18 million people will have to move by 2050 because of sea-level rise alone. 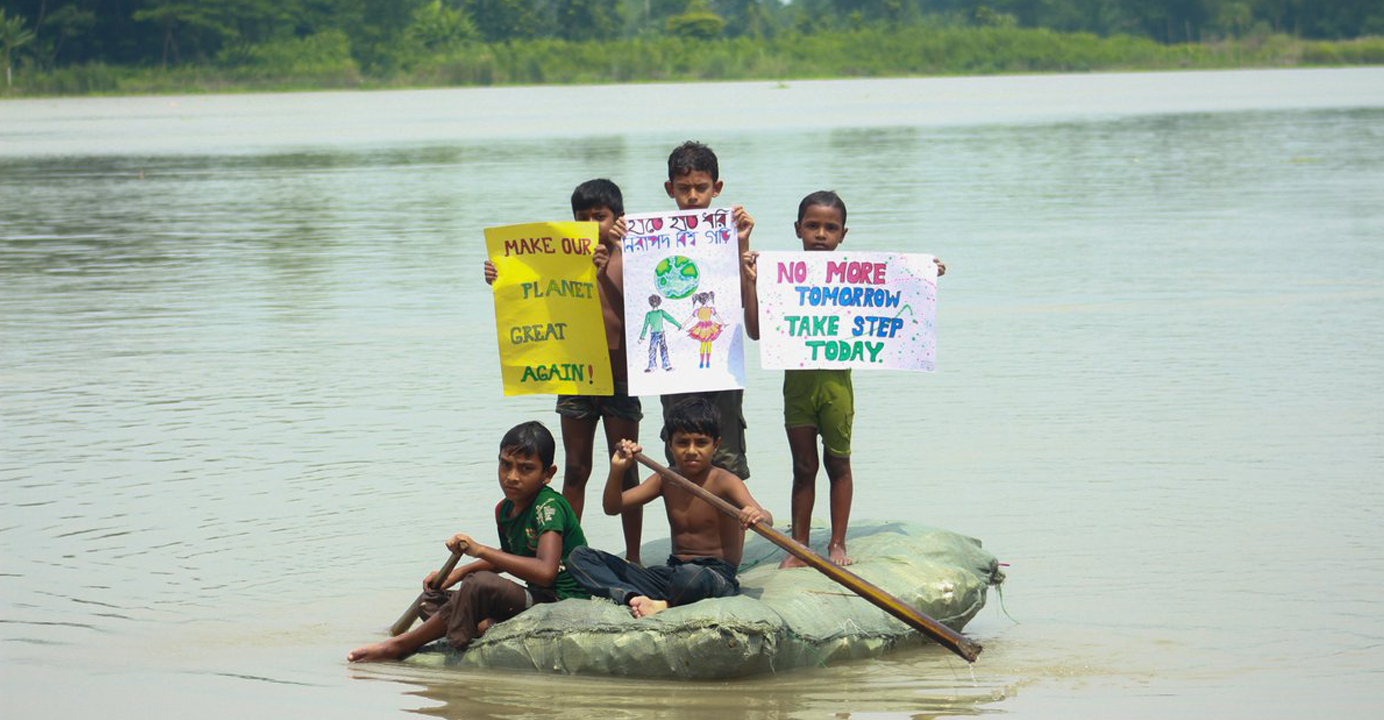 “We don’t want empty promises from wealthy countries anymore. We want genuine leadership from the United States. The future of my country, of young people across the globe, is at stake,” the letter added.

According to the letter, ” All fossil fuel infrastructure built by the United States affects vulnerable countries around the world. The U.S. needs to use its wealth built on fossil fuels to provide reparations to Bangladesh for renewable energy development and climate mitigation. It should also remove barriers for any technology transfer that will help Bangladesh cut down on its own use of fossil fuels. The U.S. must also use its position as a global superpower to influence other wealthy countries to do the same.”

The youth climate group welcomed Biden administration’s to rejoin to Paris agreement and undertaken decision to invite Bangladesh Prime Minister to the Leaders Summit on Climate later this month.

“The Paris Agreement was meant to be a global agreement to take urgent climate action. Unfortunately, this has yet to materialize in the way most thought it would. The Agreement does not adequately address the loss and damage suffered in the most affected areas,” the letter reads.

“We now are calling on the government of Bangladesh to enact a Green New Deal, keep coal and gas out of its energy transition plans, cancel all coal plant projects and use the land to kickstart new solar energy projects. But we know that for Bangladesh to build renewable energy infrastructure, it will need the support of developed countries like the United States — which is also influential on the international stage,” the letter added.