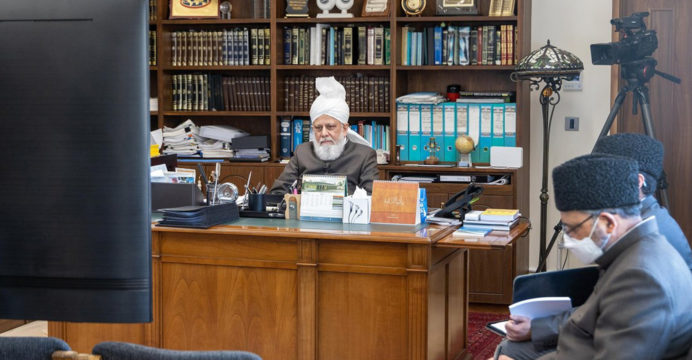 Arab Ahmadi Muslims Living in Germany have the Honour of a Virtual Meeting with the Head of the Ahmadiyya Muslim Community.

Some of those present took the Bai’at and entered the Ahmadiyya Muslim Community on the day of the meeting.

Hazrat Mirza Masroor Ahmad presided the meeting from his office in Islamabad, Tilford, whilst the 57 attendees joined from the Baitus Sabuh complex in Frankfurt, which serves as the National Headquarters of the Ahmadiyya Muslim Community in Germany. 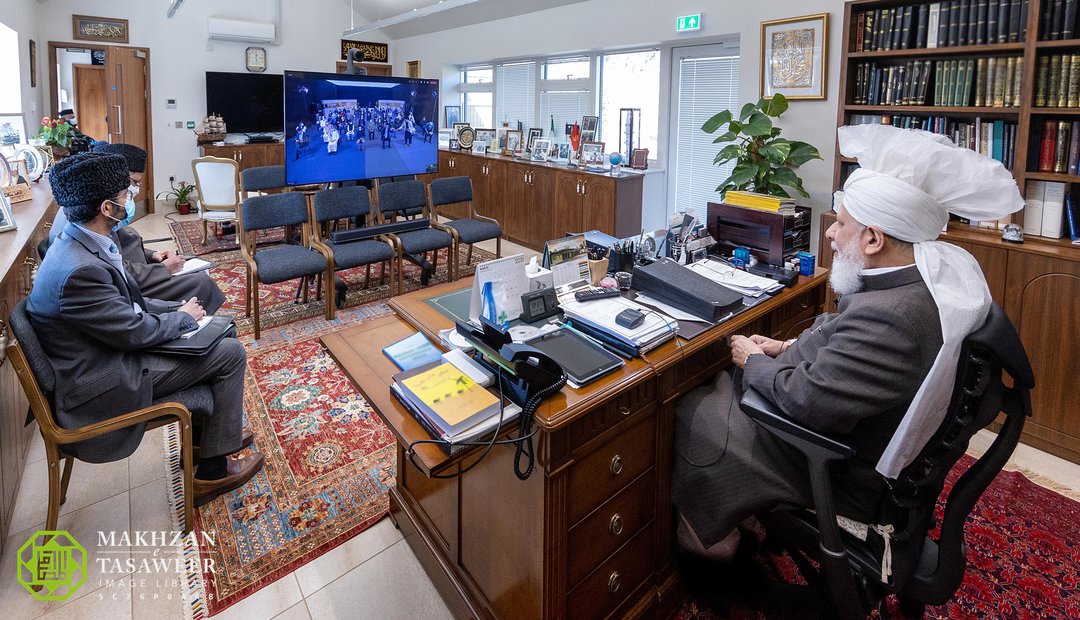 During the meeting Hazrat Mirza Masroor Ahmad spoke with every attendee and enquired about their wellbeing, family and asked the new converts about any hardships they were facing from other family members who had not converted to the Ahmadiyya Muslim Community.

Throughout the meeting, Hazrat Mirza Masroor Ahmad offered the converts his guidance and his prayers and particularly prayed that they would remain steadfast on their faith and that Allah the Almighty would remove whatever trials and tribulations they faced.