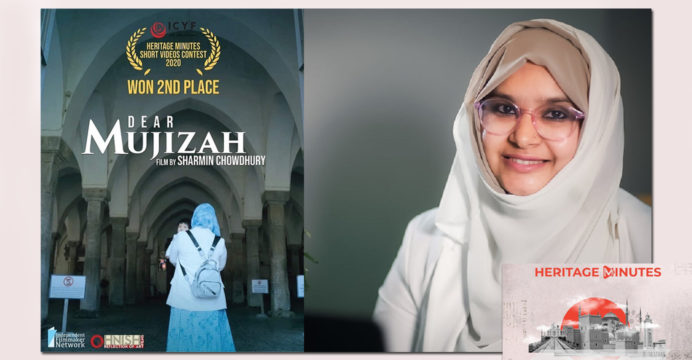 Sharmin came second among 57 countries for her documentary “Dear Mujizah”

Bangladesh’s Sharmin Chowdhury has bagged second place among 57 countries in the ‘Heritage Minutes Short Video Contest’ organized by OIC Youth Forum. The award was given by the international organization for producing a short documentary on history and tradition, ‘Dear Mijizah’ which means Dear Miracle.

Regarding the huge receipt, producer Sharmin Chowdhury said, videos were submitted from 56 countries of the world. Two videos from Bangladesh have the honor of being in the top 5 and in that, I have achieved the 2nd right of my ‘Dear Mijizah’.

Sharmin Chowdhury said, history-tradition is the path of our future. The documentary is based on the Bagerhat Sixty Dome Mosque, a unique architectural style of the Sultanate period, with the aim of introducing the ancestors to the next generation. My 8-month-old daughter was nicknamed ‘Dear Mijizah’ because she was featured centrally in the documentary.

Expressing the feeling of being ranked second among so many countries in the world, Sharmin Chowdhury said, “I have always wanted to present my history and heritage to the world.” So I have brought the new generation to get acquainted with my heritage. Which is why I arranged the story that way. And the funny thing is that the esteemed jury board of the contest praised my style of storytelling. They also said that no more content has been submitted for telling stories like this. 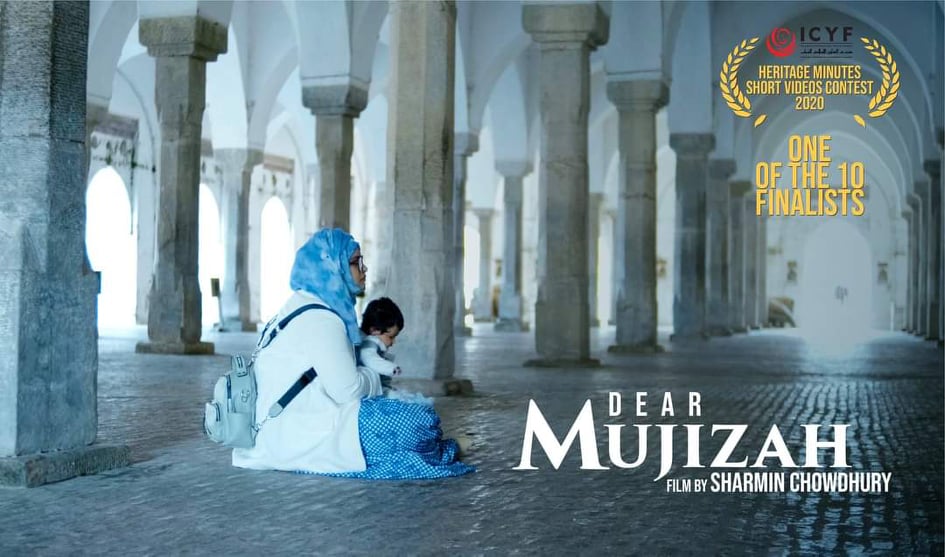 Elif Jaime, a sub-researcher at TRT World, the organizing committee on the jury board, said the director of ‘Dear Miracle’ has been able to connect the generation well with tradition by advising his daughter. The 3-minute documentary captivated the audience.

The names of the winners were announced online due to the ongoing epidemic. The best 5 winners of the competition will be awarded. The first prize will be given 1 thousand US dollars, Sharmin Chowdhury will be given 750 US dollars for winning the second place. A certificate will be given along with it.