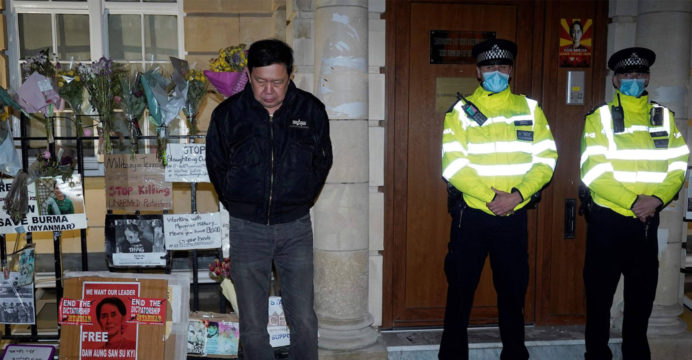 Myanmar’s ex-ambassador in London spent Wednesday night in his car after saying he was locked out of the Myanmar embassy in UK.

Kyaw Zwar Minn said the staff was asked to leave the building by Myanmar’s military attaché, and he was dismissed as the country’s representative.

British Foreign Secretary Dominic Raab has condemned the “bullying actions,” but the UK has accepted the change.

About 600 people – including dozens of children – have been killed so far as pro-democracy protesters demand a return to power of elected leader Ms Suu Kyi and her National League for Democracy (NLD) party.