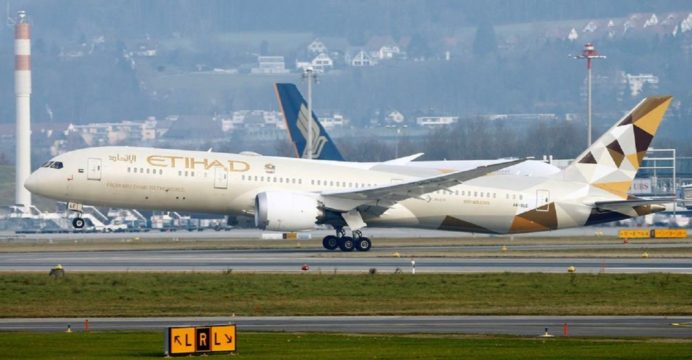 UAE Ambassador to Israel Mohamed Al Khaja and Israel’s head of mission to the UAE Eitan Na’eh were on the inaugural flight, reports Reuters.

“As our countries recover from the COVID-19 pandemic, we have much to look forward to in commercial, diplomatic, technological, health, and tourism exchanges,” Khaja was quoted as saying by UAE state news agency WAM.

WAM said on Tuesday it had launched a news service in Hebrew, becoming the first Arab news agency to do so, with its reports focusing in part on bilateral relations between the UAE and Israel.

Etihad said it would initially offer two weekly flights between Tel Aviv and Abu Dhabi, which has placed Israel on its green list of countries, meaning visitors do not need to quarantine due to the coronavirus.

Other UAE and Israeli airlines have launched direct flights.

The Gulf Arab state has become a popular destinations for Israeli tourists even as the coronavirus pandemic continues to disrupt travel globally.

The UAE and Israel are among the countries with the world’s fastest COVID-19 vaccination programmes.

The UAE and fellow Gulf state Bahrain normalised ties with Israel last September as part of a U.S.-brokered agreement.