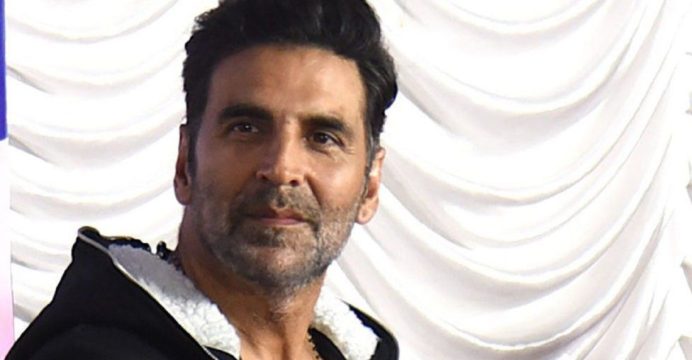 Bollywood actor Akshay Kumar has been hospitalized a day after testing positive for Covid-19.

The actor said he was doing fine but decided to get admitted as a “precautionary measure under medical advice”.

Many crew members of the film he was working on in Mumbai city have also tested positive, reports BBC.

The western state of Maharashtra, where Mumbai is located, has been the biggest contributor to the surge. India on Sunday breached the 100,000 mark for the first time since the pandemic began in March last year. Maharashtra alone accounted for 57,000 new cases on Sunday.

The state has announced several new limitations to curb the spread but infections continue to rise, affecting Bollywood and several other industries.

A number of popular actors, including Vicky Kaushal, Bhumi Pednekar Ranbir Kapoor, Aamir Khan, Alia Bhatt and Kartik Aaryan, have tested positive in the past few days. Legendary cricketer Sachin Tendulkar is being treated at a hospital after testing positive – his condition is said to be stable.

The future of the cash-rich Indian Premiere League cricket tournament is also in doubt. It’s due to start on 9 April and Mumbai is slated to host a number of matches.

Officials at the Board for Cricket Control in India (BCCI) say the tournament will go ahead but fans will not be allowed inside stadiums.

The recent surge comes after a sharp drop in India’s Covid caseload. In January, India was reporting less than 15,000 cases daily. But numbers began to spike again in March, largely driven by poor test-and-trace and lax safety protocols.

Since the pandemic began, India has confirmed more than 12.4 million cases and over 165,000 deaths. It now has the third-highest number of infections in the world after the United States and Brazil. But its number of deaths per capita is far lower.