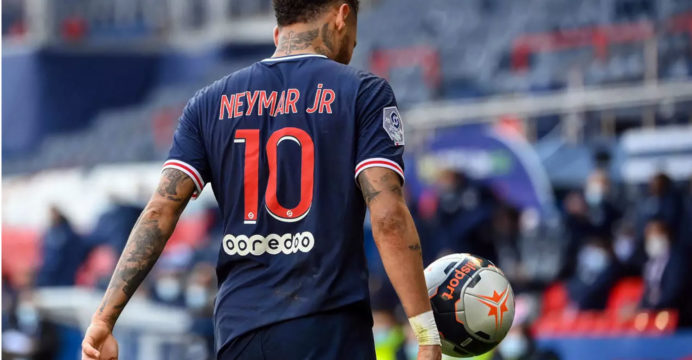 Neymar was sent off late on as a limping Jonathan David scored the only goal to give Lille a 1-0 win over Paris Saint- Germain in their Ligue 1 title showdown on Saturday, a result that moves them three points clear at the top.

Canadian striker David was struggling with an ankle injury when he fired home in the 20th minute.

He was forced off soon after and emerged on crutches to watch the second half with heavy strapping where he had been caught by Idrissa Gana Gueye.

Without him Lille held on to beat PSG in a league game in the capital for the first time in a quarter of a century, with a frustrating afternoon for the hosts summed up when Neymar was dismissed.

It is Neymar’s second sending-off this season and his fourth since moving to France in a world-record deal in 2017.

The result sees Lille take a big step towards a first Ligue 1 title in a decade, just before the Qatari takeover of PSG which changed the face of French football.

It would be a remarkable achievement for the northerners to pip the Parisians, who have won seven of the last eight league crowns, and face Bayern Munich away in their Champions League quarter-final first leg in midweek.

“We are top and we are in the fight, but so are Lyon, Paris and Monaco. There is not much in it,” admitted Lille coach Christophe Galtier. 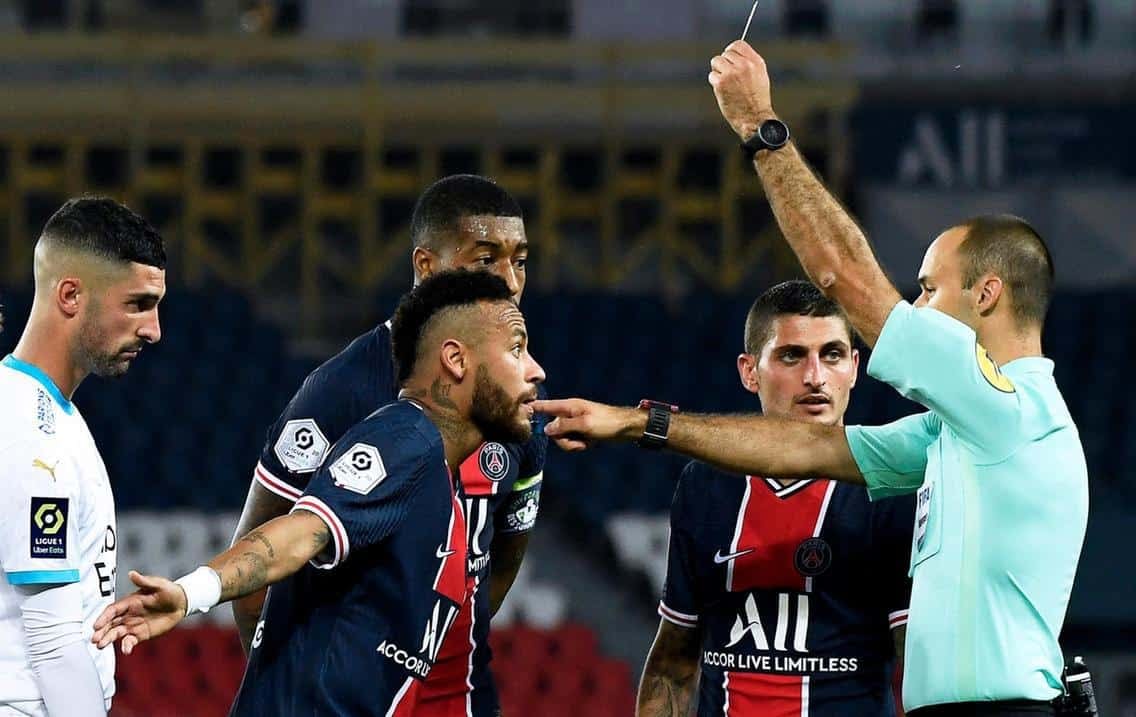 PSG have now suffered three straight home league losses for the first time since 2007, and they trail Lille by three points with seven games left.

Monaco are another point behind in third after beating Metz 4-0, but Lyon lost ground, dropping to five points off the lead in fourth with a 1-1 draw at fifth-placed Lens.

Mauricio Pochettino’s PSG had been fancied to ease to another league title after winning 4-2 in Lyon before the recent international break, but Saturday’s result raises doubts about their credentials.

They have taken just one point from four games against Lille and Monaco this season. Lyon also beat them in Paris.

“I am disappointed with the result and at losing three important points. I am not worried but we will need to keep fighting to the end,” said Pochettino.

“We are an inconsistent side for lots of reasons but we are working to fix that.”