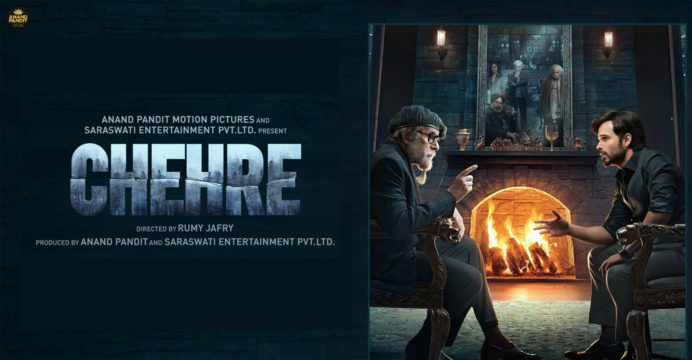 Amitabh Bachchan and Imran Hashmi are going to share the screen together for the first time. The name of the movie is ‘Chehre’. However, more discussions are heard around Riya Chakraborty than Amitabh-Imran. Talk started on social media soon after the movie poster came out. Rear nowhere in posters and teasers. Recently released movie trailer. Where we met this time.

From the very beginning, there was a lot of discussion in Boli Para about director Rumi Jafri’s movie ‘Chehre’. This is a crime thriller movie. However, the main reason for the movie to be discussed was Riya Chakraborty. He has played a special role in this movie. But the question arose because I could not see him anywhere in the movie posters and teasers?

The thrilling trailer for L’Ehrer has just been released. However, in this trailer, which is about two and a half minutes long, Riya Chakraborty was seen. The trailer of this movie is full of complete mystery.

Amitabh will be seen in the role of a lawyer in a criminal case. Big BK will be seen confronting Imran, the owner of the planned advertising agency. There are serious allegations against Imran. So there is a mock trial at home.

Amitabh hosted a game at his house. Lawyers, judges, and criminals were also seen present there. But the whole thing is set up just to trap Imran in a game. But as time goes on, Imran continues to realize that this is not a game, he is going to fall into a complex trap.

Apart from Amitabh Bachchan and Imran Hashmi, Raghubir Yadav, Crystal D’Souza, Dhritiman Chatterjee and many others are also starring in the movie. The movie will be released on April 9.