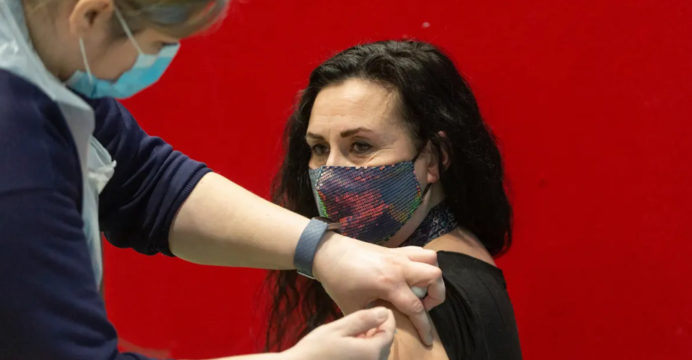 An expected reduction in the UK’s Covid vaccine supply next month is due to a delay in the delivery of five million Oxford-AstraZeneca doses from India.

The shipment, produced by the Serum Institute of India, has been held up by four weeks, the BBC has been told.

NHS England warned of a reduction in supply in April in a letter to local health organizations on Wednesday.

The Department of Health insists it is still on track to offer the first dose to all adults by the end of July.

A spokesperson for the Serum Institute said: “Five million doses had been delivered a few weeks ago to the UK and we will try to supply more later, based on the current situation and the requirement for the government immunization program in India.”

A source told the BBC that although the original aim had been to deliver the next five million in March, there was not a stipulated time for the delivery of the doses.